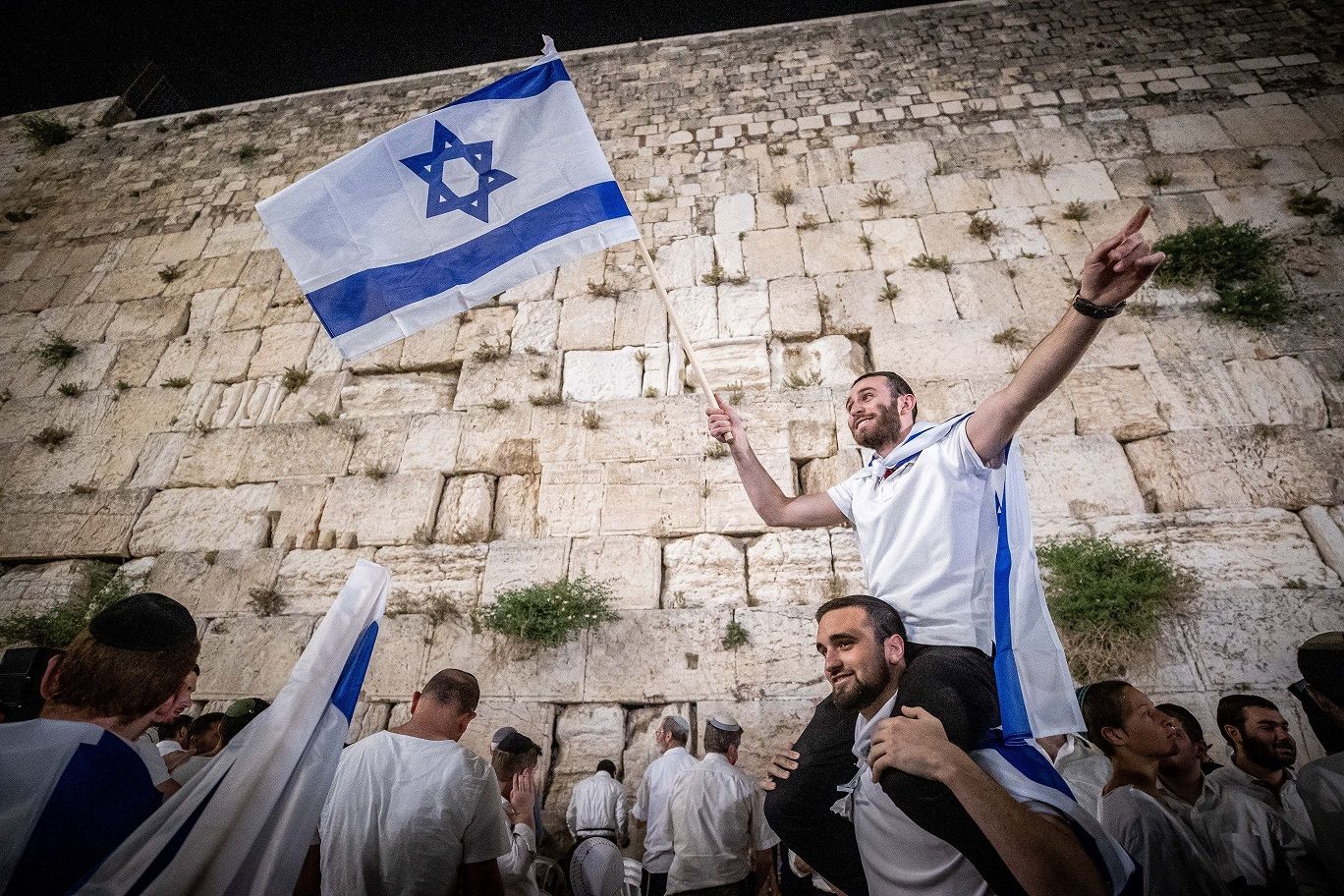 Jerusalem Flag March To Take Place As Decided, On June 15

On Tuesday, incumbent Israeli Prime Minister Benjamin Netanyahu reached an agreement with Defense Minister and Alternate Prime Minister Benny Gantz for the upcoming Jerusalem Flag march to be held as scheduled on the 15th of June.

Despite threats received from terrorist Palestinian organizations and cowering on the part of Gantz and the Israeli Police, Netanyahu will ensure the upholding of tradition with an itinerary that will be fixed in coordination between police and organizers of the parade. Netanyahu and Gantz submitted their decision for cabinet approval, with ministers signing off on the date of Tuesday, June 15 for the event which was previously canceled due to security concerns.

The annual Flag March to commemorate Jerusalem Day has always been a controversial event; partly because its route takes it through the Muslim Quarter of Jerusalem’s Old City, and is often challenged by attacks from the Arab side.  Jerusalem Day commemorates the time when Israel’s capital was finally reunited after 19 years of Jordanian rule following the city’s fall in the War of Independence in 1948.