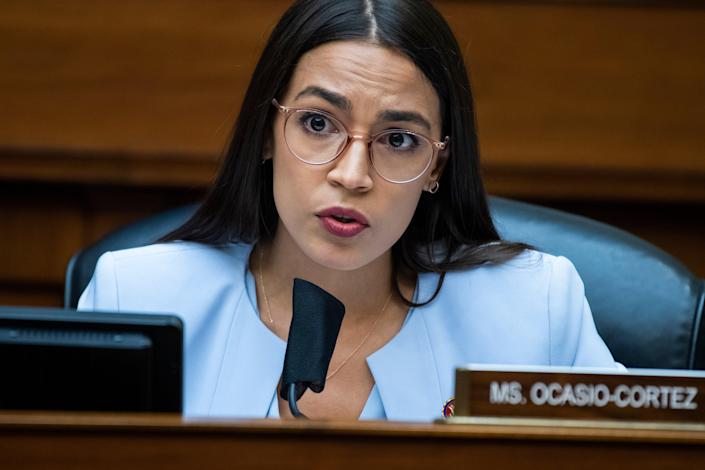 In a double-pronged attack at both- powerful Democratic Pro-Israel leaders in New York and Rep. Alexandria Ocasio-Cortez, Jewish activists in New York slammed the former for cowering under AOC and failing to stand up for Israel during its fight with Hamas in the Gaza strip.

As Ocasio-Cortez and other Squad members including Reps. Rashida Tlaib (D-Mich.) and Ilham Omar (D-Minn.) and Ayanna Pressley (D-Mass.) introduced a resolution to halt the President Biden-approved sale of $735 million in weapons to Israel, Jewish activists were infuriated by the lackadaisical attitude of pro-Israel democrats who did nothing to defend Israel’s honor.

Michael Nussbaum, president of the Queens Council of Jewish Organizations, noted sarcastically saying, “Chuck Schumer? Who?” As it stands, Schumer is one of the most powerful Senate majority leaders who represent New York. “I’m surprised and disappointed. Members of the New York congressional delegation who have a lot of sways have not spoken out forcefully to defend Israel, and they have not denounced AOC or corrected her,” Nussbaum added.

Meanwhile, Rabbi Joseph Potasnik, executive vice president of the New York Board of Rabbis, also said that Israel’s loud critics are drowning out supporters. “I want to see them and hear them. I don’t see them. The other side has no problem in voicing their opinion, “ he said.