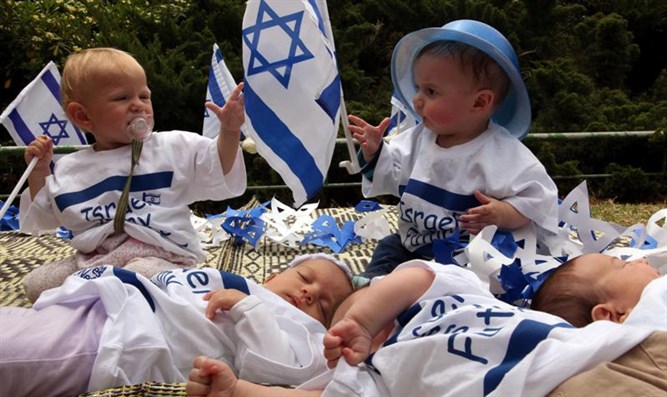 In a miraculous new count, statistics have revealed that the Jewish birthrate in Israel has surpassed that of Muslims for the first time since the founding of Israel.

According to Israel’s Central Bureau of Statistics (CBS), the breakdown of fertility in the Jewish population shows the huge effect that chareidi birthrates had on the general demography. The figures show that chareidi women have 6.64 children on average, religious Zionist women 3.92 per family, and secular families have just 1.92 children per family. The lowest denomination is people of another origin (unaffiliated) who registered just 1.35 children per family.

At the founding of the state, the average Muslim woman was delivering 9 children. However, during the course of the last 60 years the Muslim birthrate has plummeted and in 2020 reached just 2.99 per family. During the same period, the Jewish birthrate remained relatively stable and in 2020 Jewish women averaged 3.00 children per family, less than the 3.09 figure of 2019 but more than Muslims.

Journalist Yinon Magal commented on the new figures, stating that “Chareidim may be less productive on GNP but their concern enables Israel to maintain a demographic balance. Give honor to the Jewish woman and especially the chareidi woman who gives birth and works.”