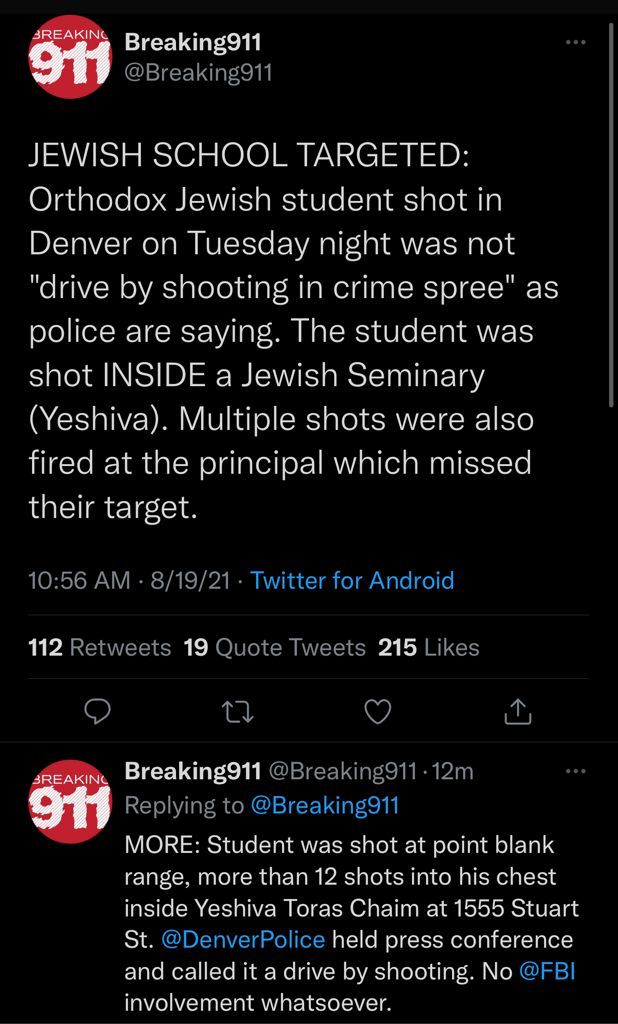 Jewish Boy was the main targets in the Denver Yeshiva shooting

The latest evidence has shown that the shooting incident outside Denver Yeshiva that resulted in the tragic death of a 19-year-old yeshiva student early Wednesday morning is not a “drive-by shooting” incident.

Sources said the victim identified as Shmuel Silverberg of University Heights was chased and shot inside the Yeshiva compound by two unidentified attackers.

The victim who was outside run inside the compound but he was chased by the suspects and shot at point-blank.

The suspects then escaped in an unknown direction.

The police earlier said the assailants did not deliberately attack the yeshiva, as there have been several other similar shootings in the area which did not target Jewish people or institutions.