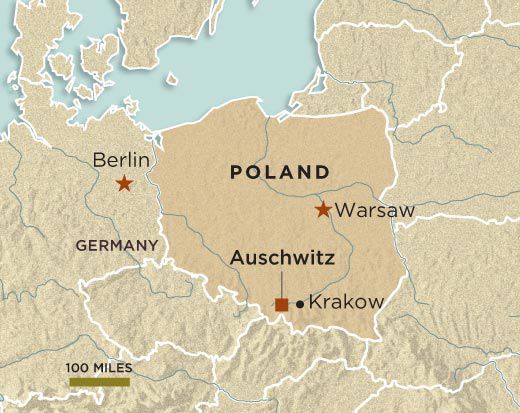 An investigation by ‘The Guardian’ revealed that the Google Maps site for the Auschwitz concentration camp assembled by the Nazis in occupied Poland during World War II features more than 150 antisemitic comments posted by users.

In response to the report that cited posts such as “Heil Hitler” and “It’s a shame the SS has disbanded so long ago”, among others, campaigners have signaled Google to do better in regulating this kind of awful content. It has also been reported that these comments have been hosted on Google for months, in some cases years. The comments “Showers were a great experience, Anne Frankly I’m glad I came” and “Good place to go if you want to lose weight fast” had been on the site for four and nine years respectively.

Karen Pollock, chief executive of the Holocaust Educational Trust, declared that the comments were “sickening.”“Google needs to take responsibility for the hate being shared on their site and take steps to monitor and remove such abhorrent content, and improve and change their moderation and policies,” she said.

At least 96 of the posts were made by anonymous users, with some posing as others such as the Holocaust survivor Primo Levi, the Australian serial killer Ivan Milat, the SS commander Michael Wittmann and Adolf Hitler. More than a dozen of the posts had been made by a “local guide,” a title Google provides to users upon application.

Testing out the option to report an offensive review to Google via its “flag as inappropriate” function, Guardian observed that more than 24 hours after 153 offending reviews were reported to Google, the majority remained online.

Responding to a report, a Google representative admitted that an improvement in its monitoring standards was needed. “We are appalled by these reviews on our platform and are taking action to remove the content and prevent further abuse,” the spokesperson said. “We have clear policies that prohibit offensive and fake reviews and we work around the clock to monitor Maps. In this case, we know we need to do better and are working to evaluate and improve our detection systems.”