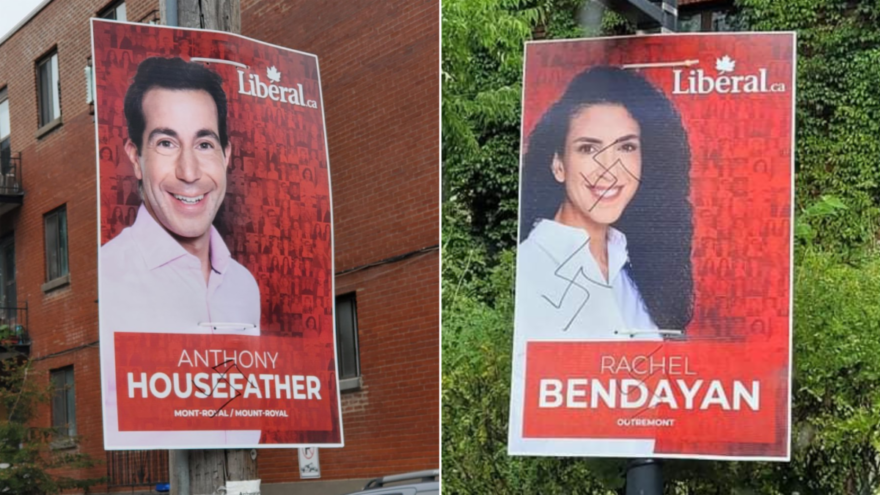 The rising instances of antisemitism in Canada gave way to another case of vile vandalism, the targets of which were Jewish Canadian MP’s this time.

Campaign banners for two Jewish parliament members who are running for re-election in Canada’s upcoming elections were vandalized with swastikas, signifying the horrors of the Hitler regime.

Current ministers of Parliament Rachel Bendayan and Anthony Housefather, from Montreal, who are up for re-elections ever since the Canadian parliament was dissolved on Sunday, were the recent victims of an antisemitic attack. It was their banners that were defaced. The candidates immediately took to their social media handles in posting pictures of the despicable act, reacting to the rising instances of antisemitism globally.

Michael Levitt, president, and CEO of Friends of Simon Wiesenthal Center reacted to the incident saying, “It is absolutely sickening to see this vile anti-Semitism targeting Jewish election candidates. There’s no place for this Jew-hatred in the city of Montreal or anywhere else in Canada. This symbol of hate and genocide must be rejected by all Canadians, regardless of where one stands on the political spectrum.”