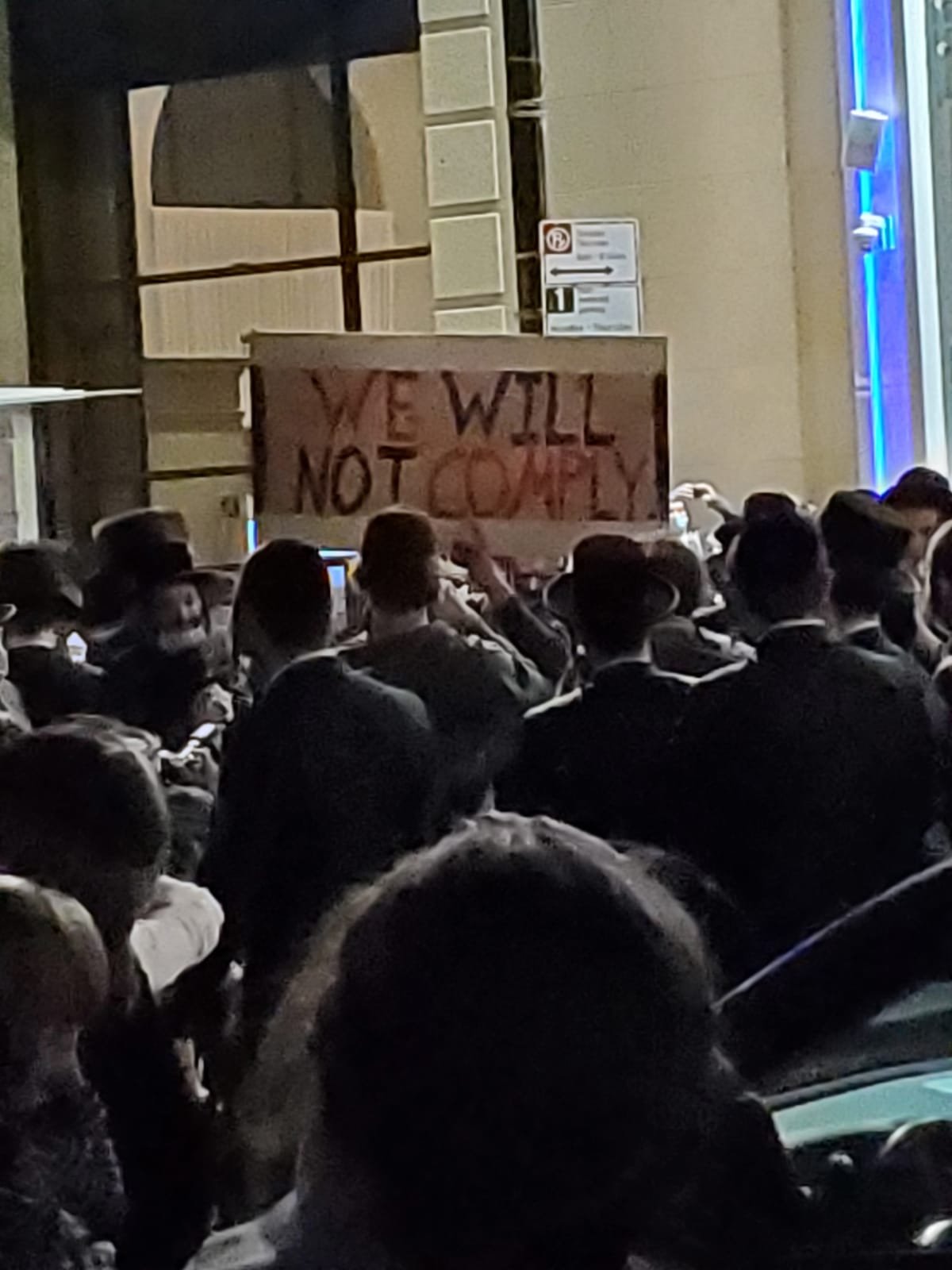 After nightly protests against the new and unfair renewal of restrictions on a select few neighborhoods around Brooklyn and Queens, Orthodox Jewish Groups and the Brooklyn Roman Catholic Diocese filed separate lawsuits against Governor Andrew Cuomo on Thursday for shutting down schools and businesses in COVID-19 hotspots in the city and limiting entrances to houses of worship.

Angered by the selectively imposed restrictions targeted primarily at Orthodox communities in NYC, lawsuits were filed against Cuomo at the Brooklyn Federal Court, one by the Catholic Church and the other by Agudath Israel of America, Agudath Israel of Kew Garden Hills, and other Jewish groups, including a few rabbis.

The lawsuit filed by Jewish groups states that the recent restrictions signed by the Governor are biased and discriminatory in nature and that the order “singles out and discriminates against all houses of worship — and synagogues in particular — by imposing occupancy and gathering restrictions that make it impossible for Orthodox Jews to comply with both their religious obligations and the Order.”

With reference to a direct quote by Cuomo, the suit also goes on to claim, “Defendant (Cuomo) explicitly targeted the Orthodox Jewish community, declaring that if the ‘orthodox community’ does not agree with his rules ‘the state will take action.’”

In the lawsuit, the representatives have also stated that the executive order appeared in a sudden blow, which the community was not prepared for, and neither was it given the time to adjust to. What added to these concerns were the upcoming Jewish holidays, that fall on the 9th, 10th, and 11th of October.

Supporting the argument, the Church hinted at the fact that whilst the Governor targets the Jewish Community, the move must not affect the Catholic groups. The suit filed by the Catholic Church, argues that “It appears the Governor may have been responding to certain press reports documenting COVID-19 outbreaks within the Orthodox Jewish community…Despite his focus on COVID-19 outbreaks in certain geographically concentrated, socially insular religious communities located within the targeted areas… the Governor has made no attempt to ameliorate the disproportionate hardship the Initiative will effect on other communities, like the Diocese’s faith community.”

As protests continue, no arrests have been made till now, but the Mayor has sounded a warning saying- if there were to be any violent means of expression, the NYPD will have no choice but to intervene.