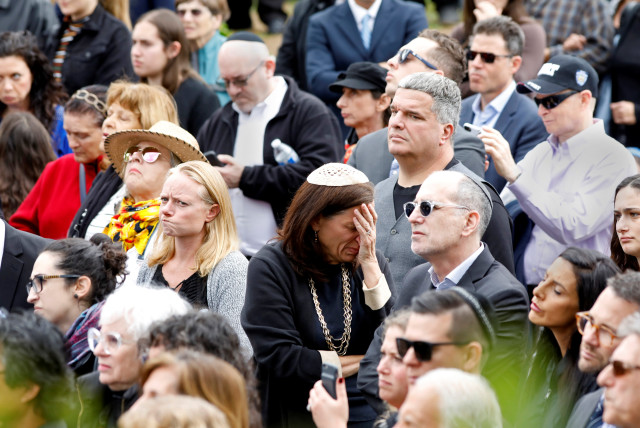 An FBI Hate Crimes report that was published this Monday revealed that the Jewish community is disproportionately targeted by religiously motivated crimes in the US.

According to the latest report, hate crimes are continuing to be on the rise with each passing year. In 2020, 7,759 hate crimes were reported, as compared to 7,517 in 2019. Out of these, Anti-Jewish bias accounted for 676 incidents, which is 57 percent of the 1,174 religiously motivated hate crimes in 2020. This number is all the more concerning since the Jewish religious community accounts for only 2% of the entire US population.

Among the incidents against Jews last year, 56 percent targeted individuals directly. Fifty-three percent involved vandalism or property destruction; 33 percent involved intimidation, and 10 percent entailed either simple or aggravated assault. Meanwhile, more than 120 incidents of anti-Jew hatred in New York State were categorized as destruction, damage, or vandalism of property, while 37 incidents were “simple assault.” Of 116 incidents in California, nine were classified as “aggravated assault,” eight as “simple assault” and 80 incidents were destruction, damage, or vandalism. In New Jersey, 38 percent of anti-Jew incidents were classified as intimidation, and 8 percent of all bias incidents targeted Jews in the Garden State occurred at either a park or playground, with another 14 percent occurring at an elementary or secondary school.