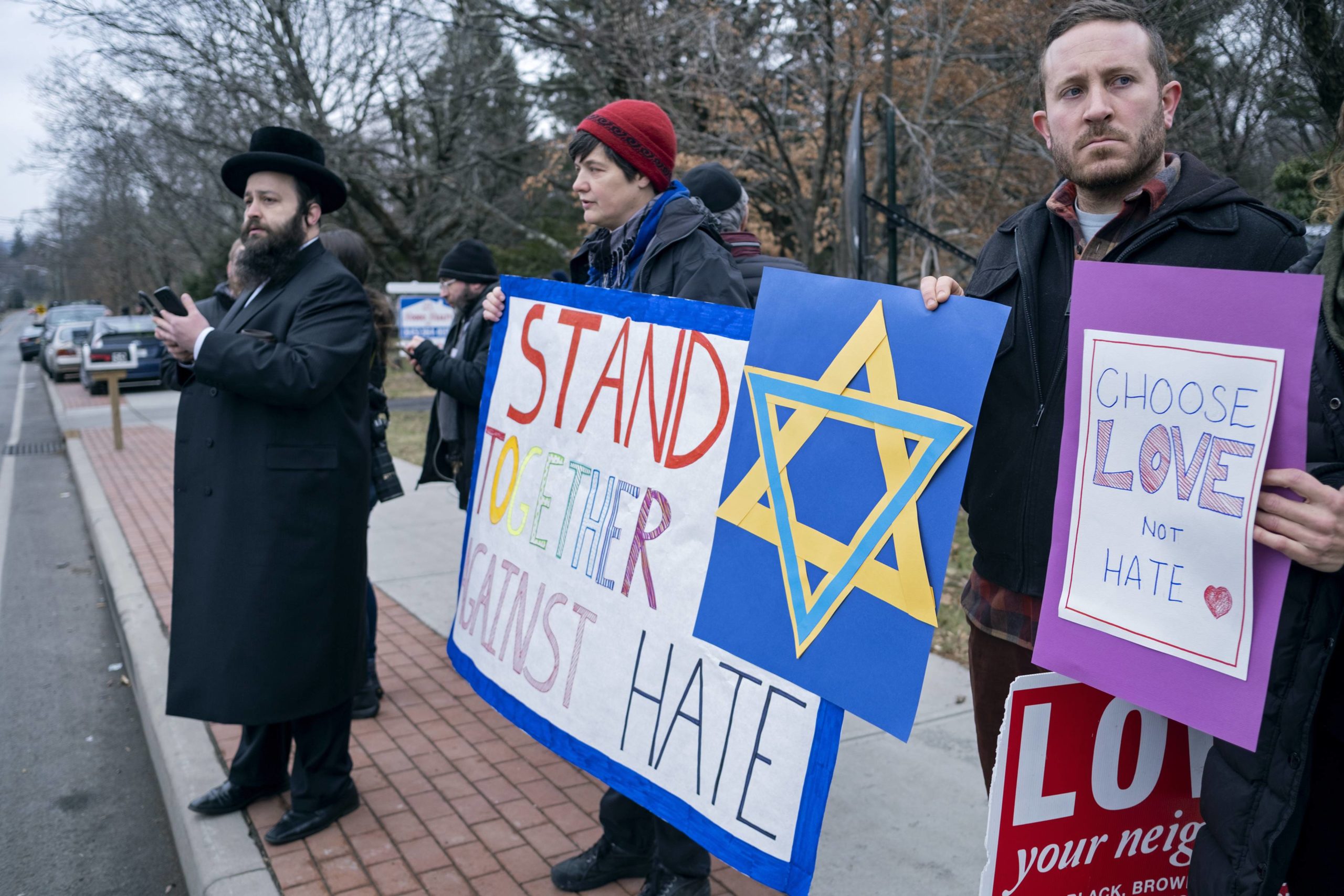 A young Jewish couple residing in Olde Town East Neighborhood, Columbus, reported that they were victims of an anti-semitic attack by their neighbor, who threatened to kill the couple and threw rocks at their windows.

On Tuesday, federal, county, and city authorities commenced a hate crime investigation in Columbus, following reports of a couple being harassed in what are alleged to be anti-semitic attacks. The couple reported that their neighbor yelled anti-Semitic threats at them and threw rocks through their window on the day that Joe Biden was declared the winner of the presidential election.

Nick and Tiffany Kinney, moved to Columbus, Ohio in the hopes of building a new life after shifting from California a year ago. Speaking to ABC, the couple began revealing the events, starting with why they moved to the neighborhood in the first place. “We chose this part of town because of the neighborhood. we love the neighborhood,” said Nick.

Being openly liberal, the couple claimed that they had to face a terrible verbal and possibly threatful attack on the night Joe Biden was declared victorious in the 2020 Presidential elections. The couple narrated the event saying  that on the night of November 7, when media outlets called the election for Biden, their neighbor approached them, spat on them and said he was “tired of us liberals,” then said, “horrible things about Hitler, it’s no wonder Hitler burned our people, he knows we are Jewish.”

According to Tiffany Kinney, the neighbor said, “I’ll put a bullet through your head like Hitler.” After the verbal bashing, the neighbor then threw the rocks that shattered their door and window. The vandalism was captured on a neighbor’s doorbell camera, according to what Nick spoke in the televised reportage.” It literally exploded, we are still finding shards of glass,” said Nick.

Expressing her shock and disgust, Tiffany said, “Real disappointing and painful, the way this man must feel about Jews…When I stand by my window, I do not feel safe.” This statement stands true in growing scenarios where anti-semitic attacks and slurs continue to rise in the nation. “You can’t treat people like this. It is not OK! It’s not just about us being Jews,” said Tiffany. “It’s about being good people, where we are all friends and we take care of each other,” she added.

The Kinneys said it took two hours for Columbus Police to respond to their home and officers were unable to get their neighbor to come outside of his house. The couple also claimed that they had an amicable relationship with their neighbor, even helping him scan documents for his business on one occasion, but it all ended the night they say they were targeted with hate.

As of now, the U.S Attorney’s Office, the Franklin County Prosecutor, and the Columbus City Attorney are now determining which agency will go forward with the investigation.