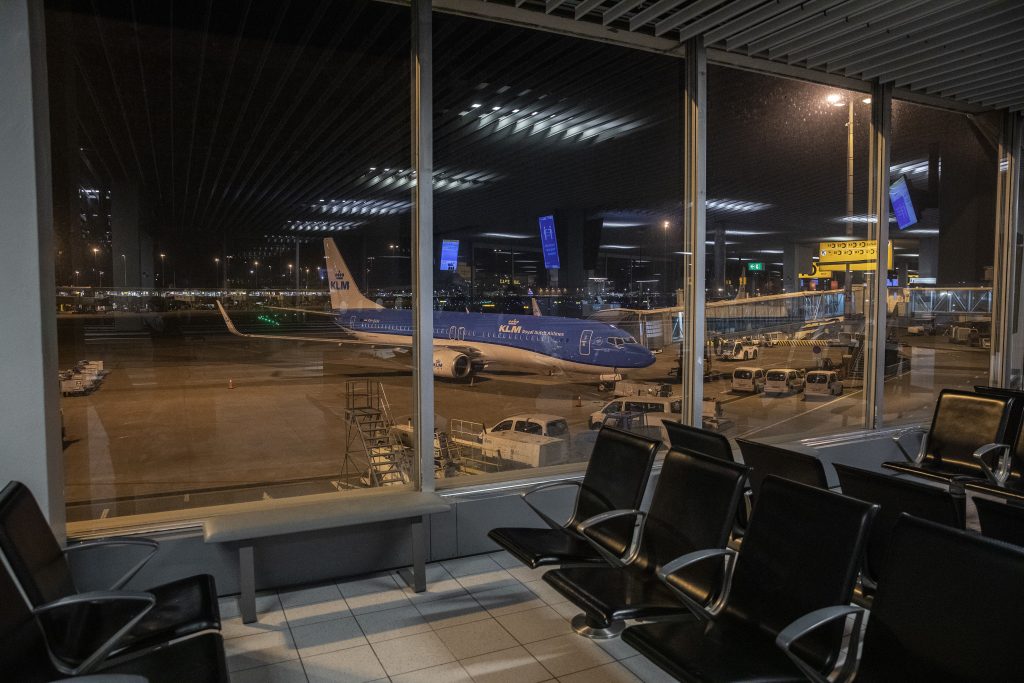 The 18 teenaged Jewish girls who got stuck in Schiphol Airport in Amsterdam allegedly due to antisemitic-motivated extortion by KLM airline, are set to go home in New York onboard another airline on Friday just in time for Shabbos.

The girls who came from Monsey, Williamsburg, or Boro Park got the chance to finally go home after being stuck at the airport on Thursday due to the intervention of the Oizrim Jewish Council, which contacted attorneys and elected officials in Holland.

Senator Charles Schumer (D-N.Y.) and Rep. Nydia Velazquez, also intervened with Delta for the release and return home of the nervous and frightened girls.

According to reports, the teenagers were part of a group of 50 girls that had been touring Jewish sites in Europe.

As the girls were heading home to New York from Ukraine KLM airline had a stopover in Amsterdam.

Before the stopover in Amsterdam, as the plane was still flying the crew already started the girls telling them to always fix their mask even though it is fixed.

The flight crew also barred them from eating saying it was not the official mealtime.

As the group attempted to board the connecting flight in Amsterdam for New York, 18 of them were denied entry and told they could not board the flight.

No reason was given. These are the first 18 girls on the group’s list in alphabetical order; all have last names beginning with A through K.

Aside from stopping them from boarding, KLM also asked them to pay a $3,000 fine, plus $275 for the release of their luggage.

At this instance, the girls went to a Delta counter to try to get on a Delta flight. But Delta, which is a partner company with

At this juncture, the girls decided to call their family for help.

The girls are spending the night in a cordoned-off area of the airport while waiting for their flight home.

Due to their ordeal, a criminal case is set to be filed against KLM.

KLM has yet to state the matter as of press time.