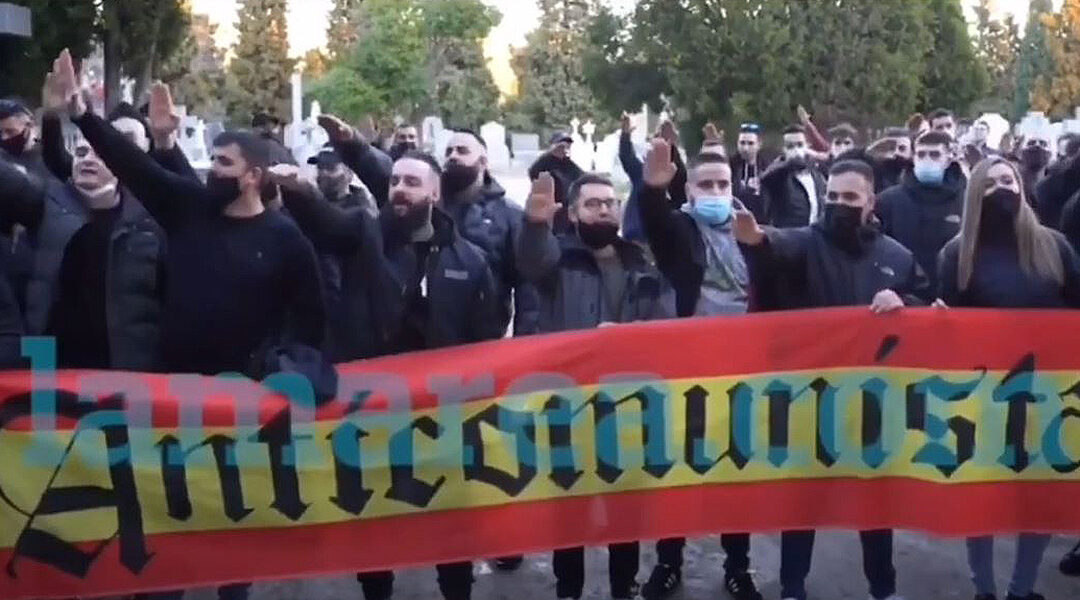 A far-right event held in Madrid, Spain, has come under fire for its openly hateful stance on Jews. In response to the event, Jewish leaders from Spain have called for a probe into the event which largely featured anti-Semitic speeches and a Nazi salute.

In line with antisemitic sentiments spreading across the globe, around 300 people attended the event held near a cemetery in the Spanish capital where veterans who fought alongside Hitler’s troops are buried. Claimed to have been a hotbed for numerous antisemitic speeches and slogans, among several disgraceful comments and addresses, a young woman was filmed saying: “Our duty is to fight for Spain and Europe now weakened by the enemy, which remains the same but wears many masks: the Jew.”

In response to the very nature of the event and its spiteful rhetoric, the Federation of Jewish Communities of Spain in a statement Monday called on prosecutors to launch an investigation into incitement to violence and discrimination against some of the people who attended the event, including the young woman, who has not been identified in the media.

She also said: “The Jew is guilty and the Blue Division will fight it,” Ultima Hora reported. The Blue Division, a small neo-Nazi network, derives its name from the units of Spanish volunteers who fought in Russia during World War II alongside the troops of Adolf Hitler’s Nazi Germany. Veterans from that detachment are buried at the cemetery where the event took place.

The rise of antisemitism in Europe has become more than evident in the past few years. In a December 2018 survey on experiences and perceptions of anti-Semitism in Europe, the European Union’s Fundamental Rights Agency found 89% of Jews living in Austria, Belgium, Denmark, Germany, France, Hungary, Italy, The Netherlands, Poland, Spain, Sweden, and the UK feel anti-Semitism has increased in their country over the past decade, while 85% believed it to be a serious problem. Almost half worried about being insulted or harassed in public because they are Jewish, and more than a third feared being physically attacked.

Similarly, in many European countries, right-wing populism has seen a massive and sudden rise in popularity in Spain in recent years. In 2019, the Vox populist right-wing party entered parliament for the first time as the country’s third-largest party, with 52 out of 350 seats.