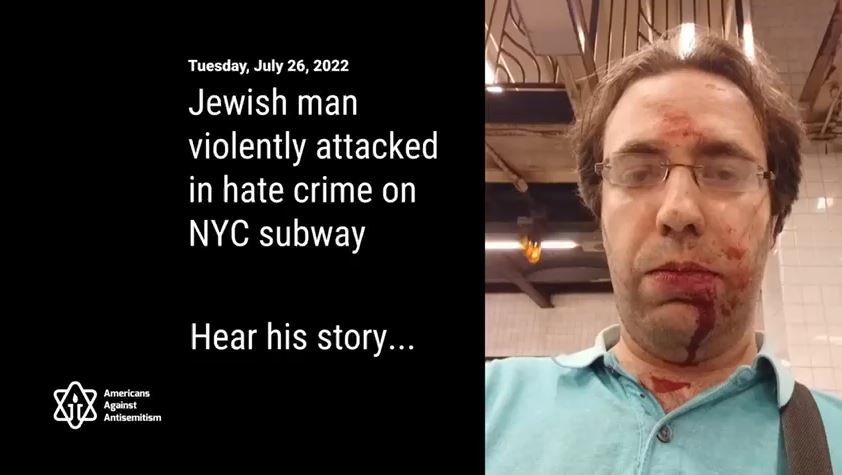 In conversation with ​​Former Assemblyman Dov Hikind on Tuesday, a Jewish man came to the forefront with his horrific experience of brutal assault perpetrated by an anti-semite on the NYC subway.

The victim claimed he was sitting on the E train when a group of young men entered the train car with speakers. While one of the young men was doing a flip, he stepped on the victim’s foot, causing him to grimace in pain. In response, the young man, who was African-American, turned to the victim and said “Stop recording me, give me the phone you Jew.”

Without any warning, the young man launched a punch at the victim’s face, causing blood to gush out of his lip and onto his face, arms, and clothing. On his way out of the train car, the attacker told the victim, “If I had a gun I would shoot you.”Amidst this brutality, none of the other dozen passengers helped the man or even winced at the incident.

Expressing his emotions, the victim said he is now scared to ride the subway and will have to find alternate arrangements to get to work. But through it all, he maintained that he would still proudly wear his Yarmulke, and would never try to hide his Jewishness.