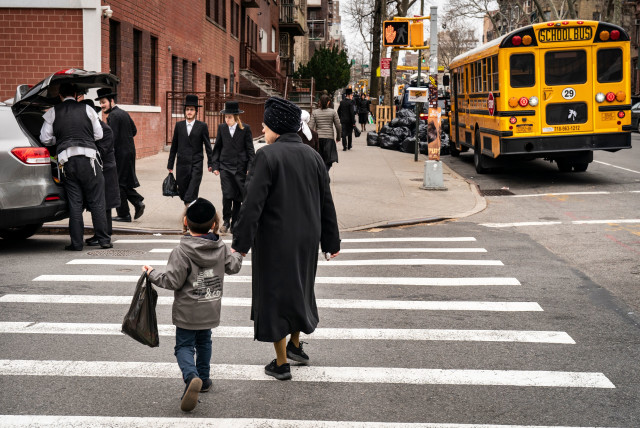 Currently suspended without pay, a slew of Jewish school teachers from New York City are looking to seek a religious exemption from the forced vaccine deadlines that were given to school workers by the city administration led by Gov Kathy Hochul.

A vocal minority of Jews are arguing that their religious beliefs preclude them from being vaccinated, despite major Jewish denominations and Rabbis endorsing the COVID-19 vaccines. One member of this group is Rivka Taub Rivera, who is nine months pregnant, decided to apply for a religious exemption to New York City’s vaccine mandate for teachers.

While teachers may apply for religious exemptions to the vaccine mandate, city officials made clear that they did not intend to approve them freely. Exemption-seekers are required to submit a letter from a clergy member, and a binding agreement between the city and union lays out that “requests shall be denied where the leader of the religious organization has spoken publicly in favor of the vaccine … or where the objection is personal, political or philosophical in nature.”

“I don’t feel like I should have to justify my religious practices in front of a panel or in front of the public,” said Stephanie Edmonds, a Jewish 10th-grade global history teacher who refrained from submitting the letter.

As reported by the JTA, Rivera added, “In Torah law, you’re not permitted to inject yourself with a vaccine that offers no significant medical curative benefit to the patient, even if it’s allegedly good for others. We’ve been told to get this vaccine because you know it’s for the greater good, yet you can still get and transmit COVID. I don’t think Hashem would want me to sacrifice my bodily autonomy for this.”