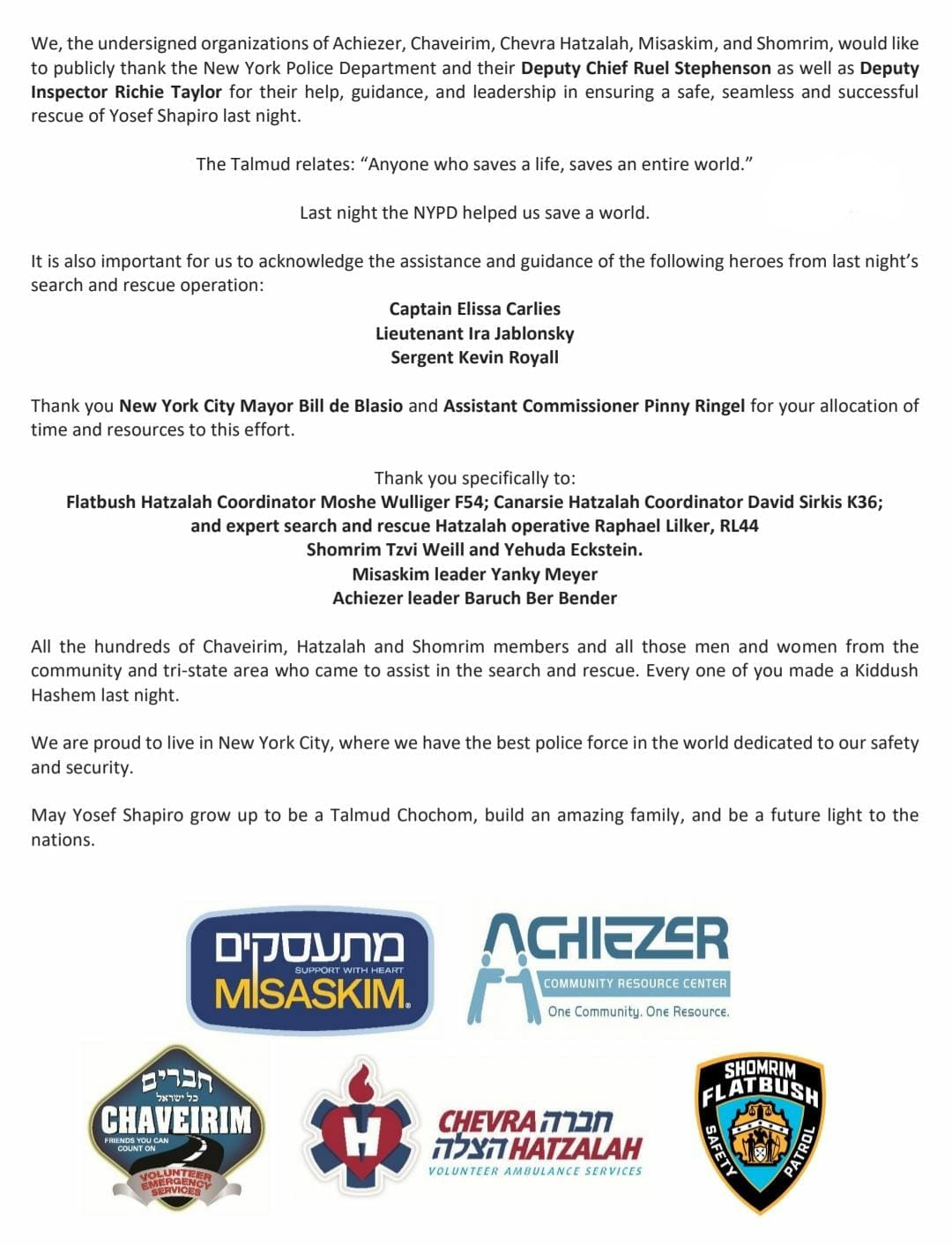 Five Jewish organizations have released a letter thanking the New York Police Department and all those volunteers who helped in the rescue of Yosef Shapiro Wednesday night.

In their letter of gratitude, the officers of Achiezer, Chaveirim, Chevra Hatzalah, Misaskim, and Shomrim publicly thank the New York Police Department and their Deputy Chief Ruel Stephenson as well as Deputy Inspector Richie Taylor for Shapiro’s safe recovery.

“Anyone who saves a life saves an entire world,” the group said.

The group also thanked the local officials of New York for the huge help in the search and recovery of the boy.

“Thank you New York City Mayor Bill de Blasio and Assistant Commissioner Pinny Ringel for your allocation of time and resources to this effort,” the group said.

Moreover, the group also thanked the hundreds of volunteers who all joined in the search of the missing boy.

“All the hundreds of Chaveirim, Hatzalah, and Shomrim members and all those men and women from the community and tri-state area who came to assist in the search and rescue. Every one of you made a Kiddush Hashem last night” the group added.

“We are proud to live in New York City, where we have the best police force in the world dedicated to our safety and security,” the group said.

The group also hoped Shapiro will grow up as a successful citizen of New York.

“May Yosef Shapiro grows up to be a Talmud Chochom, build an amazing family, and be a future light to the nations,” the group added.