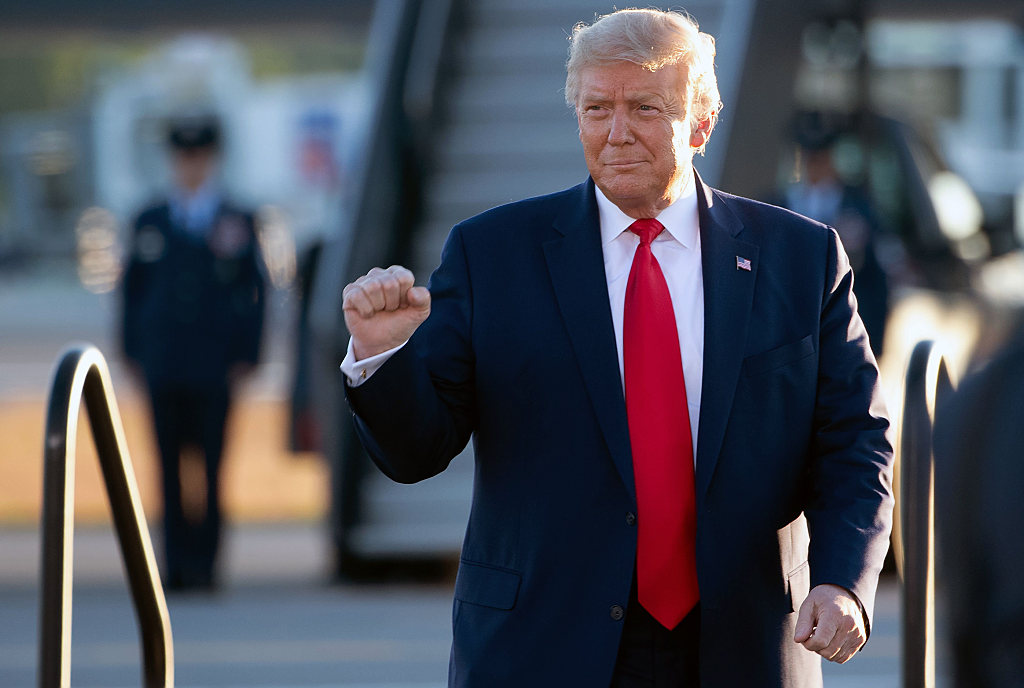 Some of the most senior Jewish Orthodox leaders, including the world’s most prominent Rabbi’s, wrote an open letter to the President of the United States, expressing their gratitude over his “commitment to the essential importance of religious entities”, as well as the handling of the coronavirus.

A total of 13 signatures adorned a letter that was sent to President Donald Trump, ahead of the November 3rd elections, with a motive to thank the commander-in-chief for his religious values. Featuring signatures of some of the most senior Rabbi’s from across the world, the letter praised the president’s leadership during the COVID-19 pandemic and his push to keep open houses of worship.

Spearheaded by Rabbi Moshe Margareten of the Tzedek Association, the letter read, “We write to express our deepest gratitude to you, Mr. President, especially in light of your recent declaration that houses of worship should be considered ‘essential…You have given a powerful voice to what all good people know beyond any doubt: that now, more than ever, we must turn to Almighty G-d, fortifying our faith and staying true to our values in the face of these current tribulations.”

It was an honor to work on this unprecedented letter starting in June in thanks to @realDonaldTrump for announcing that religion is essential — it definitely is! We worked months to gather signatures (wanted to gather even more) and it was recently delivered to the President. https://t.co/HcjAFBhICq pic.twitter.com/7IavhhpcUV

Facing numerous uncertainties and mismanagement, particularly in New York, which is governed by a Democratic administration, the Jewish population has been crusading for better handling of the situation, further claiming that the incumbent authorities were trying to single them out. Highlighting this factor in the letter, and praising the President for his religiously unbiased leadership, the community representatives claimed, “During any time of crisis people of all backgrounds beliefs and denominations look for leadership, to help them steer a course through the turbulence and uncertainty. Yet, not every era is blessed with the same caliber of leadership, as becomes evident in the extent to which a nation retains its integrity through times of upheaval.

It is precisely with this in mind that we feel so grateful that you, Mr. President, are indeed expressing that leadership we need so urgently, standing up for the first amendment rights which is critical to help us weather to storm of the current pandemic.

You have exemplified that leadership with your commitment to the essential importance of religious entities. You understand Mr. President, that it is our faith in God that will lift us out of this calamity.”

Taking cognizance of the letter, a humbled President Trump tweeted, “Thank you Rabbi’s!” on Sunday, with the picture of the signed letter.