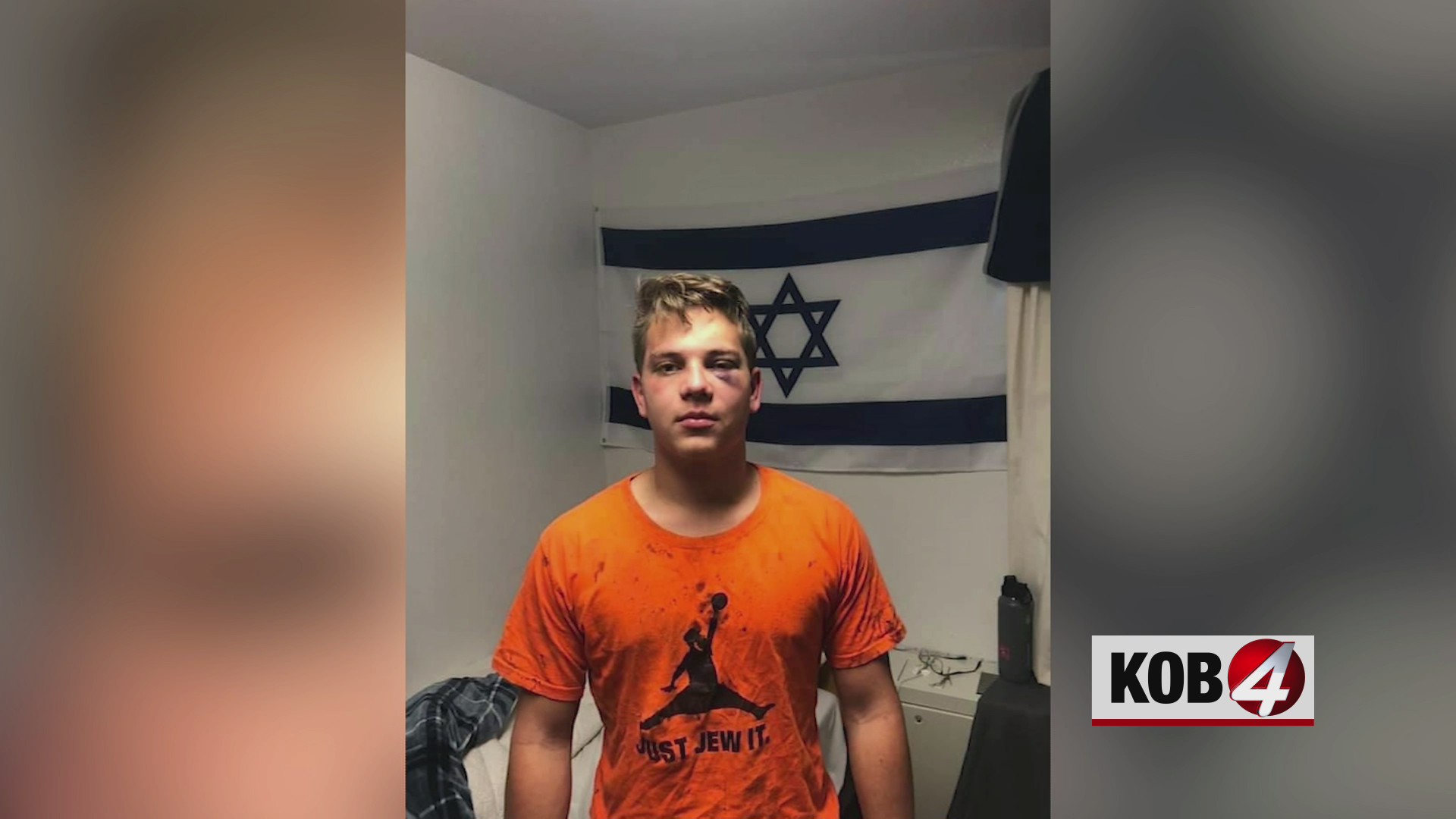 An Israeli-Jewish student named Roni Saponar was the victim of a spiteful hate-led attack at the University of New Mexico, which landed him in the hospital with serious internal bleeding as well as visible injuries.

According to Saponar- a freshman who was reported by local media to have faced internal bleeding and a concussion- a bunch of men beat him during a party in Albuquerque earlier this month when he was wearing a shirt that said, “Just Jew It.” He claimed the suspects also stole his shoes and watch, and yelled anti-Semitic slurs at him.

Trying to spread the message of how vicious antisemitic sentiments can get, Saponar and his family posted pictures and messages on social media, and Roni also interacted with the media. “They weren’t just trying to take my stuff—there was a feeling behind it,” he said. “There had to be some kind of anger behind it. I’m here because I want to portray a message: Be proud of who you are. That’s what it is; that’s why I want to do this.”

As it stands, a spokesperson with the Albuquerque Police Department said it’s too early to determine if the incident was a hate crime. An investigation is ongoing; no arrests have been made.