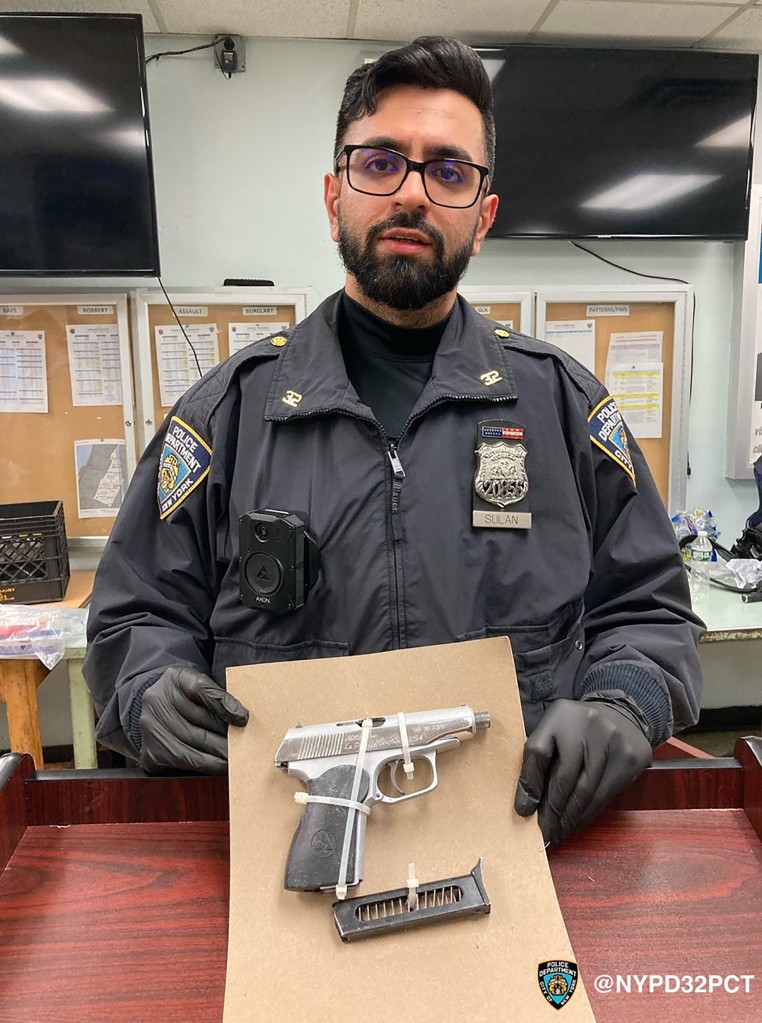 “Stand up,” the president said, as he turned around and nodded to Officer Sumit Sulan, 27.

Biden also praised both Rivera and Mora during his visit to One Police Plaza.

“Their futures were cut short by a man with a stolen Glock and a 40-round magazine and I want to thank the man back to my left, I think he’s sitting right there, for taking him on.”

He said the death of the two police officers is a loss for New York and the entire nation.

“I don’t see any rationale why such a weapon [is] able to be purchased,” he said.

“It doesn’t violate anybody’s Second Amendment rights to deny that,” he added.