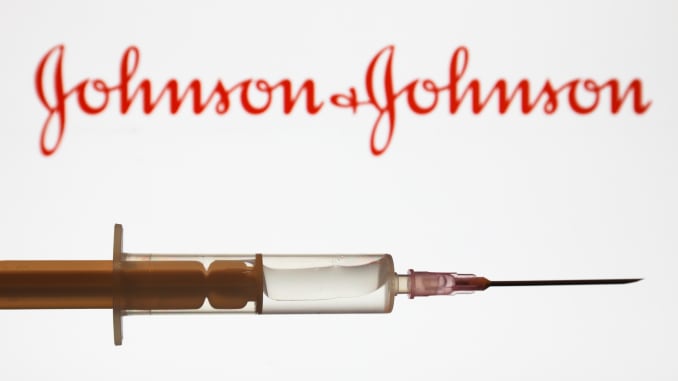 The fourth vaccine contender in the US to enter its global phase 3 trials, Johnson & Johnson has announced in a tweet, that it will be administering the shot to around 60,000 volunteers across 215 locations in the U.S. and around the world.

Having an edge over the other vaccine candidates that are being tested across the globe, the J&J is a single-shot vaccine, which doesn’t call for two separate shots to be administred. Backed by funding from the US National Institutes for Health (NIH), the company is developing the vaccine on a non-profit basis through its subsidiary Janssen. According to the company, it is anticipated that the drug would be ready for emergency approval by early 2021 if proven effective.

In his statement, Paul Stoffel, MD, Johnson & Johnson said, “The 60,000 people will allow us to recruit more diversity globally. We hope to see an end point around a year and early next year…It’s a single dose, which could be very important for emergency use. We will test boosters later on, but the efficacy in the phase one showed the single dose could be sufficient to protect people for a long time.”

The Federal Government, under the directives of President Trump, has given J&J an estimated $1.45bn in funding under ‘Operation Warp Speed’. The vaccine is based on a single dose of a cold-causing adenovirus, combined with a part of the new coronavirus called the spike protein that it uses to invade human cells. J&J used the same technology in its Ebola vaccine which received marketing approval from the European Commission in July. Extremely content with the progress of the vaccine, President Trump re-tweeted an article by The New York Times on Wednesday.

Also reacting to this news, Anthony Fauci, director of the NIH’s National Institute of Allergy and Infectious Diseases, said, “Four Covid-19 vaccine candidates are in Phase 3 clinical testing in the US just over eight months after Sars-CoV-2 was identified. This is an unprecedented feat for the scientific community made possible by decades of progress in vaccine technology.”