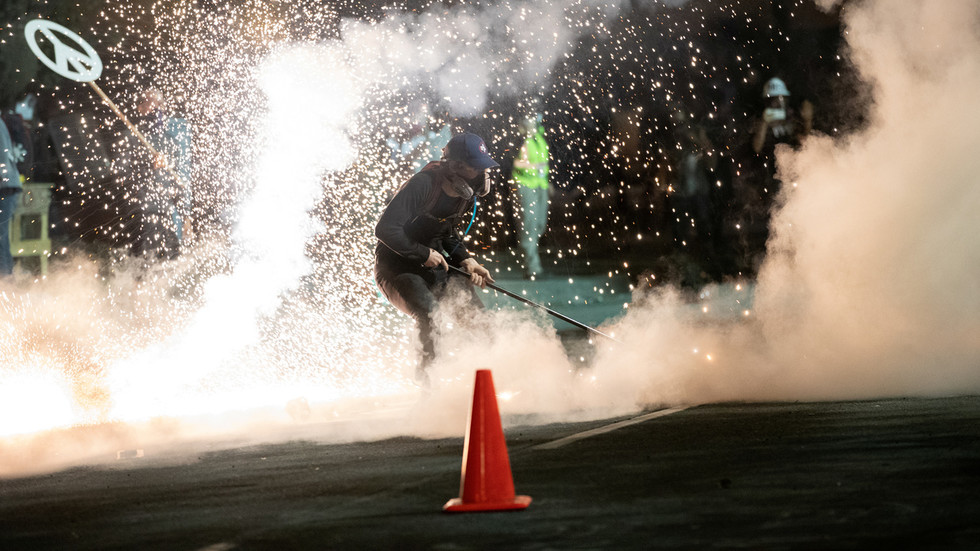 Labeled one among the three ‘anarchist jurisdictions’ that are set to be losing out on federal money, as declared by the Justice Department, New York has seemingly failed to control protesters and defund cops, along with Portland, Oregon, and Seattle, Washington.

A list approved by US Attorney General William Barr and uncovered by the New York Post, a day prior to a Monday announcement, the statement read, “When state and local leaders impede their own law-enforcement officers and agencies from doing their jobs, it endangers innocent citizens who deserve to be protected, including those who are trying to peacefully assemble and protest.”

“We cannot allow federal tax dollars to be wasted when the safety of the citizenry hangs in the balance. It is my hope that the cities identified by the Department of Justice today will reverse course and become serious about performing the basic function of government and start protecting their own citizens,” Barr further added to the statement.

While this crucial information is set to be revealed, White House Budget Director Russ Vought will issue guidance to federal agencies on withdrawing funds from these enlisted cities in less than two weeks.

As mentioned in a recent memo by President Trump, the list of cities eligible for defunding will be updated periodically, and there isn’t any clarity of how much money would be deducted from the existing funds. The memo was ordered to cut funds for cities that have been slashing their police budgets during crime waves or tolerating violent protests sparked by the May killing of George Floyd by Minnesota police.

Reports claim that the amount of money that can be taken away from NYC can be massive, especially since the city gets a whopping

Considering two crucial facts: a considerable rise in gun violence and the failure to prosecute people arrested for disorderly conduct and unlawful assembly during recent protests, the justice department has gone ahead in making the decision. Meanwhile, Portland made the “anarchist’’ list over its more than 100 consecutive nights of protests and because Mayor Ted Wheeler has been in a heated Twitter war with the President, expressly rejecting federal help in a letter to Trump, quite recently. The third on the list, Seattle was included “because of a long-running protester “autonomous zone” and associated crime”, the administration said.