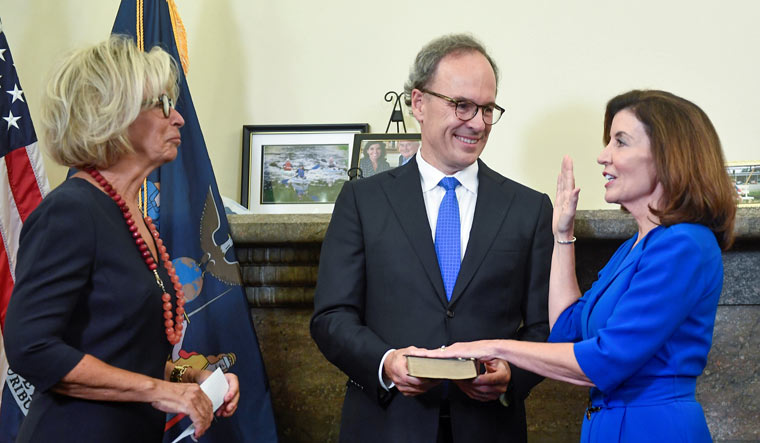 Sworn-in in the first few minutes of the day, after Cuomo’s exit at 11:59 PM, the Democrat is now to have a ceremonial swearing-in event today morning at the New York State Capitol. She is to meet with legislative leaders later in the morning and make a public address at 3 p.m.

As it stands, assuming one of the most sought-after positions in the country will not be a piece of cake for the new governor, especially since Cuomo has left her with a slew of challenges including the resurgence of COVID-19 infections, a staffing crisis, mask mandate concerns, an unsettled economy, and more.

As for Cuomo’s future in politics, top aide Melissa DeRosa, released a statement saying the governor was exploring his options for his post-gubernatorial life but had “no interest in running for office again.”

On Monday, Hochul also announced planned appointments of two top aides: Karen Persichilli Keogh will become Secretary to the Governor and Elizabeth Fine will be the chief legal counselor. Hochul also asserted, “I have a different approach to governing. I get the job done because I don’t have time for distractions, particularly coming into this position.”