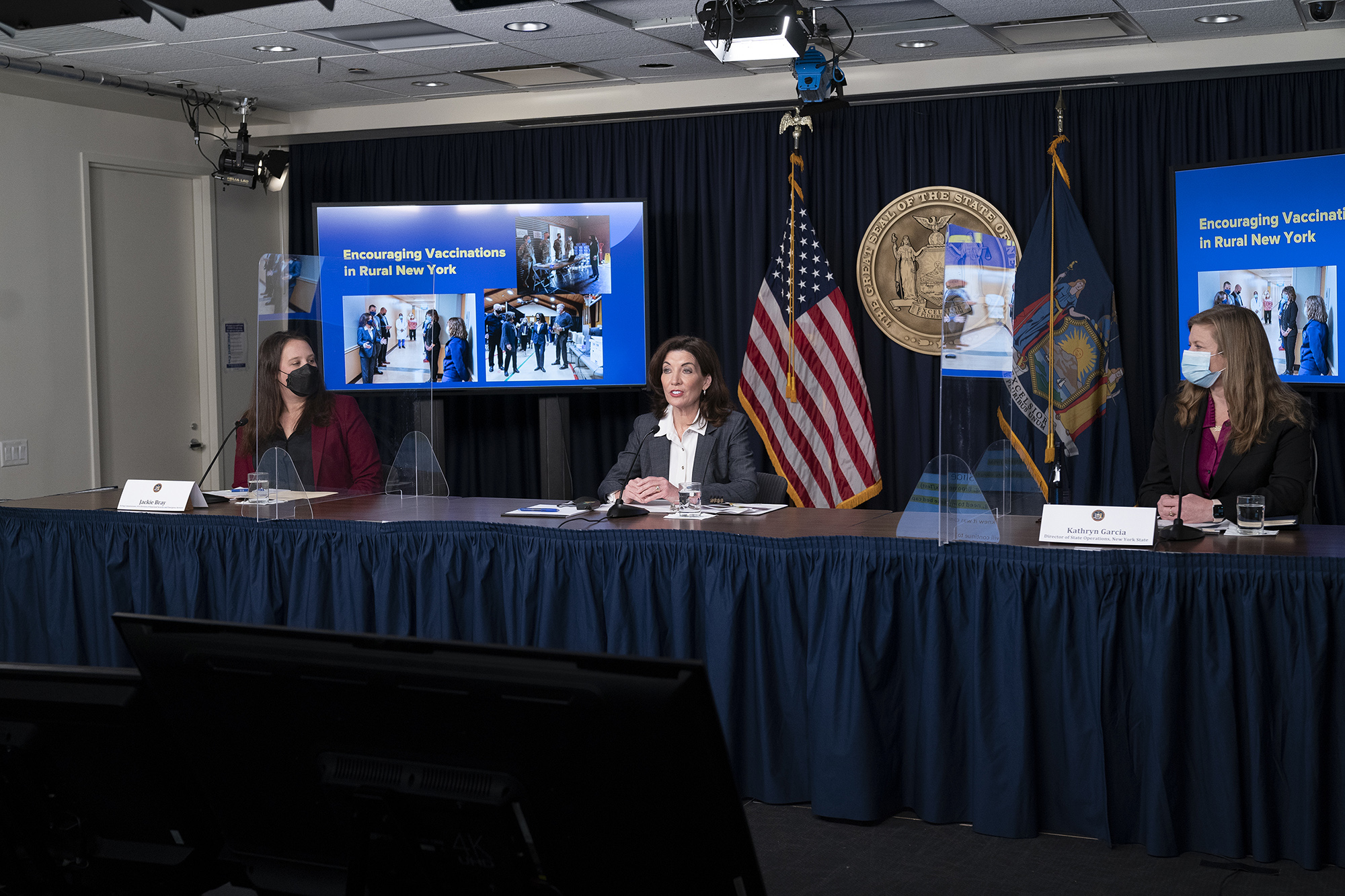 New York governor Kathy Hochul revealed on Wednesday that the number of persons hospitalized due to COVID is the one that keeps her at night and not the soaring COVID cases in her state.

Despite the huge number, Hochul said she is thankful that hospitalization rates are somewhat stable.

She said what matters is that the state health care system is not overwhelmed as the high rate of vaccination in New York and the seemingly more mild Omicron variant are leading to fewer serious cases.

To address the increasing COVID cases in NY, Hochul revealed that the state will soon have 36 million free take-home COVID tests.

COVID added the state has an additional order of 26 million tests.

She also said that starting on Dec. 27, there will be testing temporarily available at some MTA stations, including at Times Square.

Meanwhile, also on Wednesday, Mayor Bill de Blasio said the city’s testing capacity was about 180,000 per day, about a quarter of which is administered through city-run sites.

US Senate Majority Leader Chuck Schumer (D-NY) on the same day called on the feds to send 100 mobile COVID-19 testing sites to New York City and look into expanding locations on Long Island to prevent an explosion of Omicron cases from overwhelming the regions.

“We need FEMA to do it ASAP,” Schumer said.

State officials further revealed that on Tuesday, the Empire State logged 22,258 new infections, then the third-highest day on record since the pandemic began.

However, all three days were shattered by the newest total.