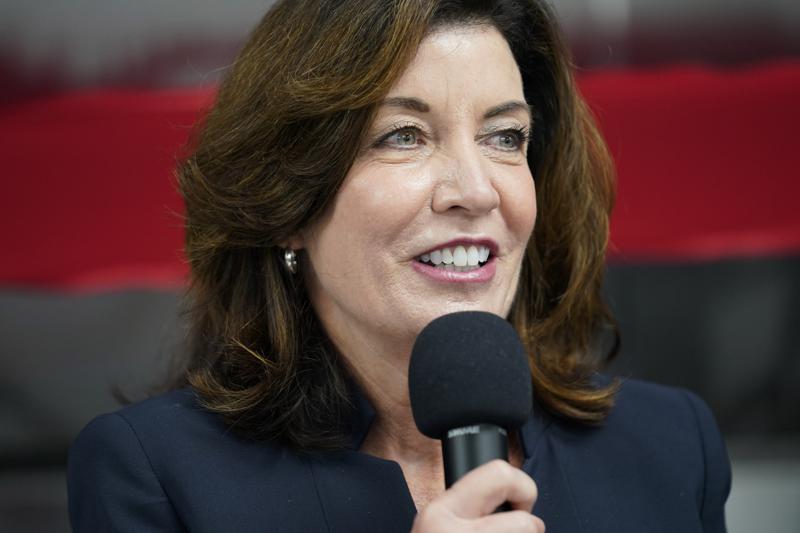 Kathy Hochul: The Next NY Governor, And Her Ties With The Jewish Community

Set to be the first woman on the job, Kathy Hochul is set to take over Andrew Cuomo’s position as New York’s next Governor and is a familiar face when it comes to the Jewish community.

A centrist Democrat from western New York, Hochul has worked deep in Cuomo’s shadow for her two terms in office as Lieutenant Governor and will become the state’s first female governor once Cuomo’s resignation is effective in two weeks.

As it stands, Hochul was among the first politicians to call out a recent spate of antisemitism in the state, in May 2019. When the number of antisemitic incidents nationwide began to spike that year, she convened a meeting in the city with Jewish leaders to address the situation and wrote on Facebook that “Anti-Semitism has no place in New York.”

As a lieutenant Governor, Hochul made it a point to keep up with the issues and concerns of Jews, local leaders say, visiting Jewish day schools, meeting regularly with Jewish community officials, and touring Orthodox neighborhoods with local community leaders.

Talking about her upcoming appointment, Maury Litwack, director of state political affairs at the Orthodox Union said, “The Jewish community and Kathy Hochul have a longstanding relationship. She likes to see things and go places and learn about people and their issues, and the Jewish community is definitely a stop for Kathy.”

Native to Buffalo, the soon-to-turn 63-year-old holds a bachelor’s degree from Syracuse University and a law degree from Catholic University. She will become governor when Cuomo formally steps down on August 24 and serve the rest of his term, which runs until 2022.