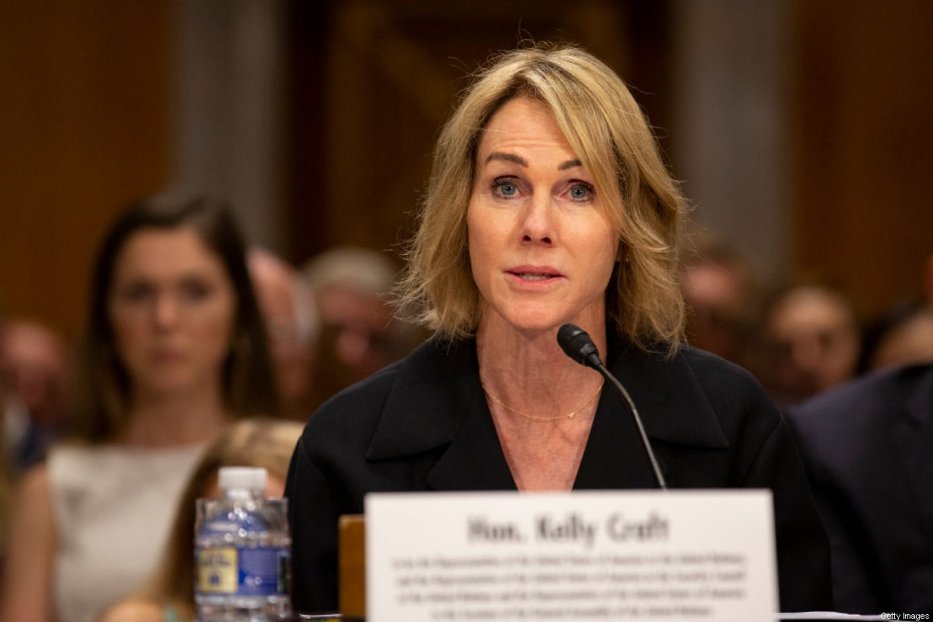 Speaking to the Al Arabiya news outlet in an interview on Wednesday, US ambassador to the United Nations, Kelly Craft, said that another Arab state could sign a peace deal with Israel within a matter of days.

Not specifying which country would take the step forward in this direction, Craft revealed, “Our plan is to bring more countries, which we will have more being announced very soon. Could be one in the next day or two.”

Taking a jab at the Iranian regime, that has been opposing and apprehending the US-brokered normalization of ties between UAE, Bahrain, and Israel, she told Al Arabiya, “Obviously, we would welcome for Saudi Arabia to be next. But what’s important is that we focus on the agreement and we do not allow [Iran] to exploit the goodwill of Bahrain, the United Arab Emirates, or Israel.”

Claiming that the Iranian people eventually want peace, she said, “We want to bring everyone on board in hopes that this will allow the Iranian citizens to see that people really want peace in the Middle East, and they are part of this peace. I know others are going to be following.”

With a major normalization treaty being signed on the 15th of September, between UAE, Bahrain, and Israel, the ‘Abraham Accords’ have ushered in a new era for peaceful and benefiting relationships between Arab countries and Israel. Earlier, Israel only had official ties with were Egypt and Jordan, but now with the game-changing new addition of the UAE on the list, it is expected that many other Arab nations will follow suit,

The recent talks between the US, UAE, and Sudan on Wednesday are being claimed to have been left without any remarkable breakthroughs, as officials failed to reveal any other information apart from saying that the talks were “constructive.” In addition to Sudan, Oman and Morocco have been touted as possibly signing a deal with Israel in the near future.

President Trump, as well as his senior advisor and son-in-law Jared Kushner, have stated several times that more Arabic countries will be following suit as a result of ongoing talks. In a statement after the September 15th signing ceremony of the Abrahan Accords, President Trump said that he expected “seven or eight or nine” more countries to normalize ties with Israel, including Saudi Arabia.