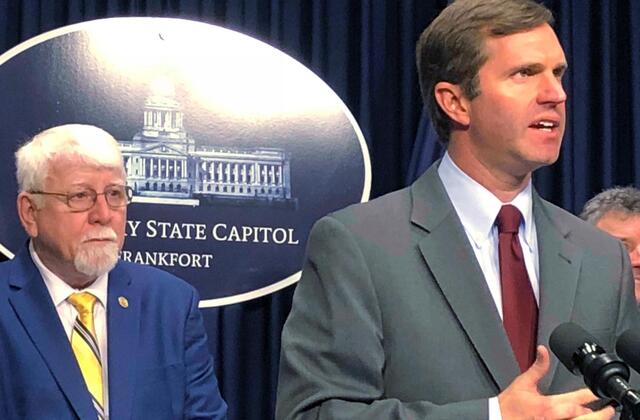 Kentucky Gov. Andy Beshear Says There Is No Place Antisemitism in The State

In response to a derogatory comment passed against Jewish women by a Republican state lawmaker, Kentucky Governor Andy Beshear said Thursday there is no place for antisemitism in the state.

The uproar emerged after Rep. Danny Bentley commented Wednesday on the Holocaust and his perception of the sexual habits of Jewish women. He spoke during a long House debate on legislation to regulate the dispensing of abortion pills. Characterized by many Jewish groups as “bizarre”, the monologue was soon slammed by multiple individuals and organizations.

In reaction, ​​during a Thursday Tweet, Beshear did not specify the target of his comments but spoke in general terms on social media after the third recent instance of remarks by GOP lawmakers that were condemned as antisemitic. He wrote, “There is no place for antisemitism in Kentucky. Not in our communities and not in our government. We are all equal and wonderful parts of Team Kentucky where we love our neighbors as ourselves.”

Jewish groups condemned Bentley’s remarks as “a bizarre, antisemitic rant that included outlandish claims about the sex lives of Jewish women and the outrageous assertion that Jews created the ‘abortion pill’ during the Holocaust to profit financially.”

In his apology, Bentley said he meant “absolutely no harm” in his remarks and said he stands “with the Jewish community against hatred.”