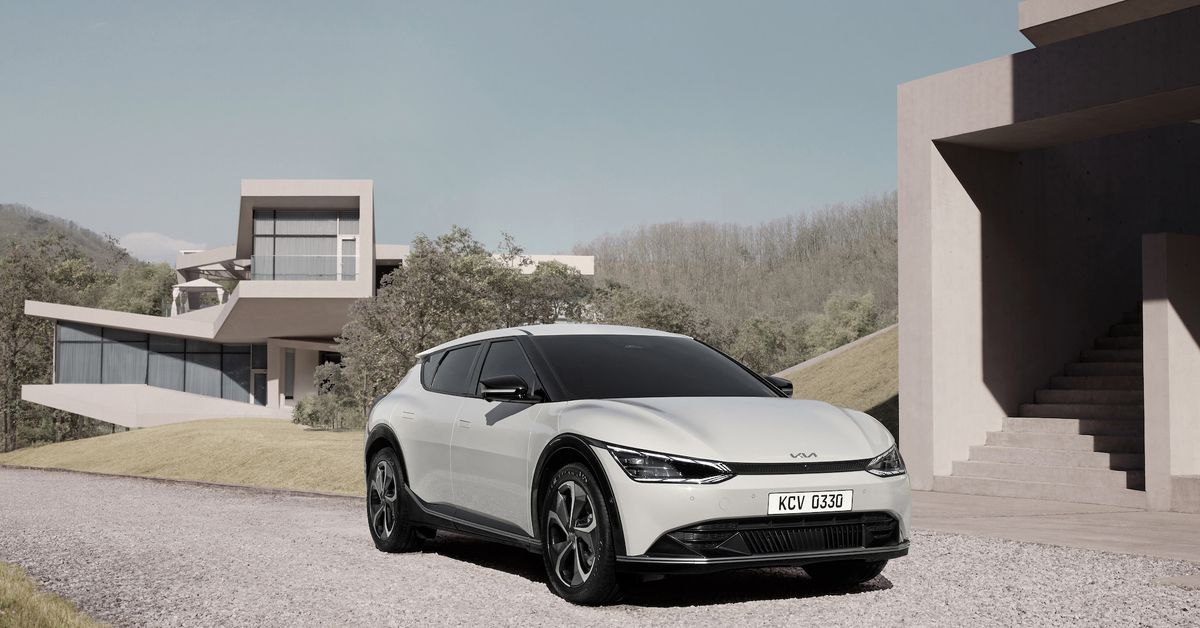 Kia Shows Us A Sneak-Preview of Its All-Electric EV6

After a few teaser images that were released last week, Kia made public some stunning new photos of its ambitious new EV6 that will be announced in an online event later this month. But thanks to the latest set of pictures, there’s a lot more we can gather when it comes to the car’s exterior facade and its interior set-up.

Kia describes the EV6 as its first “dedicated battery electric vehicle,” since its Niro has gas/hybrid models as well as the newer version with an electric drivetrain. The EV6 was designed under the brand’s new design philosophy ‘Opposites United’, which is comprised of no less than five pillars: “Bold for Nature,” “Joy for Reason,” “Power to Progress,” “Technology for Life,” and “Tension for Serenity.” Kia design chief Karim Habib said of the new design concept that the “EV6, as the first dedicated Kia EV, is a showcase of human-centered, progressive design and electrified power. We strongly believe EV6 is a compelling and relevant model for the new EV market. With EV6 we aimed to create a distinctive, impactful design by using a combination of sophisticated, high-tech features on pure and rich volumes while providing a unique space as a futuristic EV.”

Going by the pictures that were released yesterday, the exterior design of the EV6 is an evolution of the brand’s strengths in design. At the front, a set of daytime running lights display a sleek, modern appearance. They form part of the car’s ‘Digital Tiger Face’, a design progression evoking the spirit of Kia’s ‘Tiger Nose Grille’ for the electrified era.

The design of the lamps also includes a ‘sequential’ dynamic light pattern. Below this, a low air intake visually widens the front of the car, accentuating its high-tech image. Part of the optimization of airflow from the front, the air is channeled through and under the car’s flat floor for optimum aerodynamics.

The rear displays a sloping rear C-pillar with an integrated black glossy insert which visually widens the window glass. Above this sits a prominent roof spoiler that channels air downwards towards a raised lower spoiler which sits atop the car’s unique rear light cluster.

Coming to the interior, the car features a high-tech curved high-definition audiovisual and navigation (AVN) screen. The width of the screen creates an immersive experience for the driver, while a minimal number of physical buttons offer an uncluttered and soothing driving experience. Underneath the AVN screen, passengers can apparently control HVAC (heating, ventilation, and air conditioning) settings by using haptic ‘buttons’.

The rest of the details would be revealed in Kia’s official reveal of the car this month.