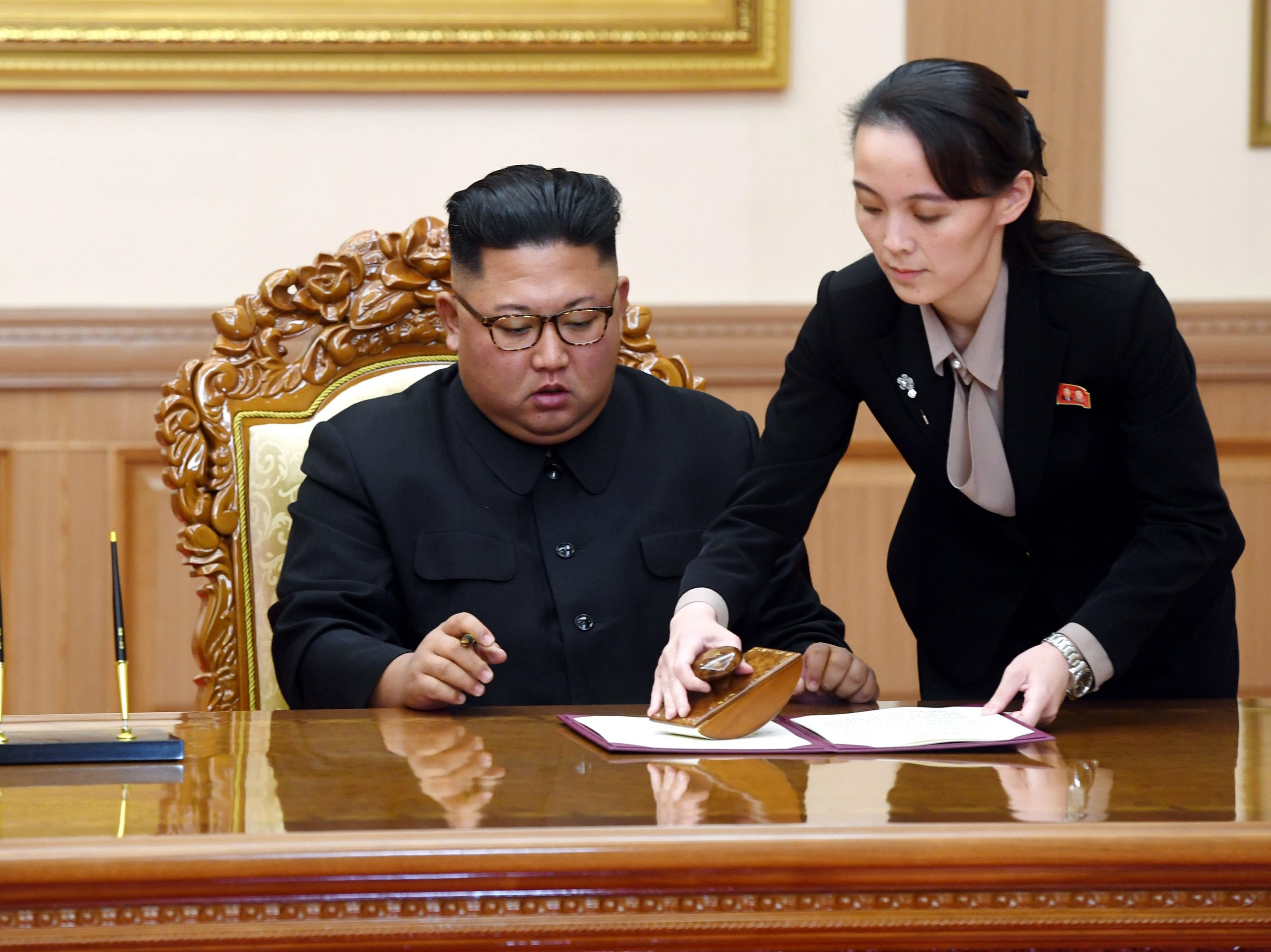 North Korean dictator Kim Jong Un’s sister Kim Yo Jong has been made his “de facto second-in-command”, according to an intelligence report by South Korea. Uncertain whether her status as ‘successor’ is asserted, she gained quite the recognition in 2019 during the historic meet between Jong Un and Donald Trump in Vietnam.

As second-in-command, Yo Jong will now be spearheading the nation’s relations with the US and South Korea. With no idea as to what her age is, she is believed to be in her 30’s and is Jong Un’s only close relative with a public role in politics. She as recently been at the forefront of a new, tougher campaign to put pressure on South Korea.

Ha Tae-Keung, an opposition party legislator on the South Korean parliament’s intelligence committee, on Thursday told reporters that Kim was aiding her brother to run the regime with his due mandated authority.

Post a closed-door meeting held by South Korea’s Intelligence Agency, Tae-Kung told the media that, “The bottom line is that Kim Jong Un still holds absolute power, but has turned over a bit more of his authority compared to the past. Kim Yo Jong is a de facto second-in-command.”

After recent speculations about the possible death of the North Korean dictator, a rumor that his sister would assume his position was making its rounds globally. This additionally points towards the possibility that Yo Jong might, quite possibly be in the run for the next authoritarian seat. Her prominence in the campaign against South Korea this year highlighted a substantive policy role that goes beyond being merely Kim’s assistant, analysts say.

Kim Yo Jong won fame for her political and familial presence at her brother’s 2019 summit with US President Donald Trump in Vietnam when her efforts to ensure everything went well included holding an ashtray for the North Korean leader at a railway station on his journey.

According to the media briefing given by Ha Tae-Kung, more authority on the economic and military policy has also been delegated to several other senior officials. This delegation has been implemented at a lower level, possibly to reduce strain on Kim Jong Un.