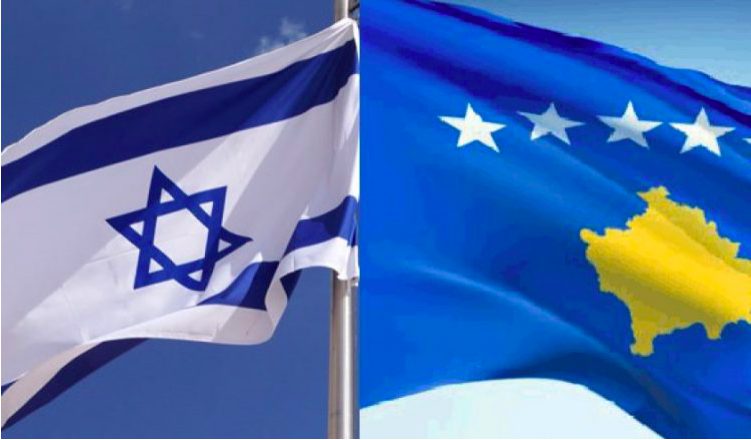 Deeming it to be a “historic moment” in the Balkan country’s history, Haradinaj-Stublla said she and her Israeli counterpart Gabi Ashkenazi would hold a virtual ceremony today. The Kosovar foreign minister had planned to visit Israel this week, but the trip has been postponed because Israel has stopped all flights due to COVID-19. “Recognition by Israel is one of the greatest achievements for Kosovo, coming at a key moment for us, thanks to the United States of America, our common and eternal ally,” she said.

In a video posted on social media, Haradinaj-Stubla cited the “long friendship between our peoples,” and said that Israelis and Kosovars have a similar ethos, in that “despite the challenges we faced and that affected our existence we remained invincible as peoples and never gave up nor did we lose hope.” She also mentioned Albanians who helped save Jews during the Holocaust, citing their custom of besa (pledge), to protect guests from harm. Greater Albania welcomed more Jews at the end of the Holocaust than at its start.

The decision on mutual recognition between Muslim-majority Kosovo and Israel was achieved last September at a summit of Kosovo-Serbia leaders at the White House in the presence of then-President Donald Trump. At the meeting, Belgrade also agreed to move its embassy in Israel to Jerusalem, which was formally recognized by the Trump administration as Israel’s capital in late 2017. The US embassy was then moved there in May 2018.

Washington has encouraged other countries to do the same but has been widely criticized by the Palestinians and many in Europe because the Israeli-Palestinian conflict remains unresolved.

Kosovo’s Parliament declared independence from Serbia in 2008, nine years after NATO conducted a 78-day airstrike campaign against Serbia to stop a bloody crackdown against ethnic Albanians in Kosovo. Most Western nations have recognized Kosovo’s independence, but Serbia and its allies Russia and China have not. The ongoing deadlock and Serbia’s unwillingness to recognize Kosovo have kept tensions simmering and prevented full stabilization of the Balkan region after the bloody wars of the 1990s.