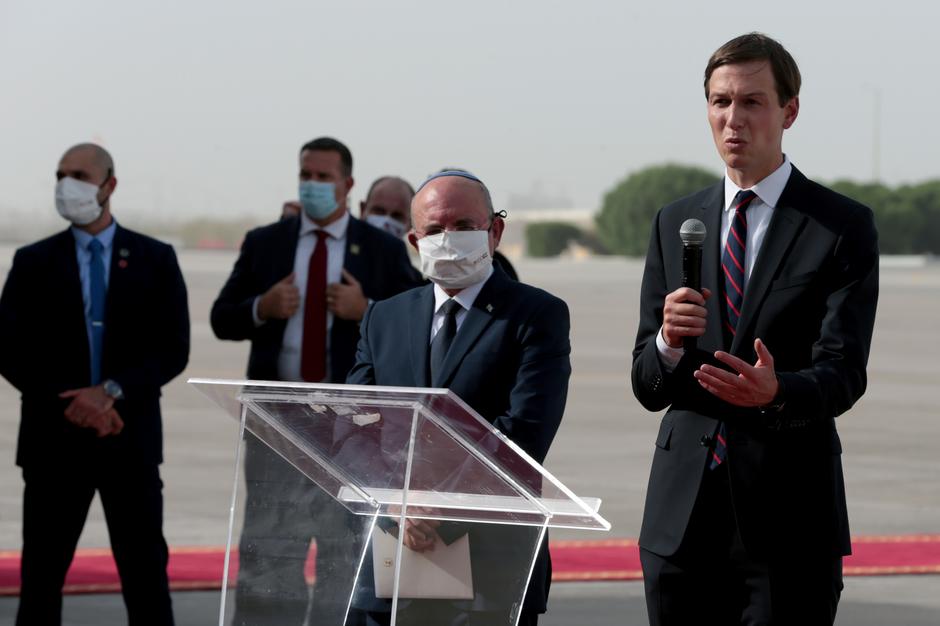 In a bid to seek more backing on the normalization of ties with Israel, White House adviser Jared Kushner traveled to Bahrain and Saudi Arabia seeking more support for normalizing ties.

Speaking at Abu Dhabi after accompanying Israeli delegates to the United Arab Emirates for what is being cited as ‘historic normalization talks’, White House adviser Jared Kushner set off on a tour of other Gulf capitals on Tuesday, looking for more Arab support. After the arrival of the first-ever commercial flight from Israel, Arab and Israeli delegates initiated talks that led to the setting up of a joint committee to cooperate on financial services. The state-run Abu Dhabi Investment Office and Invest in Israel, part of Israel’s economy ministry, issued a joint statement saying they had agreed to set out a plan to establish formal cooperation. The Gulf state’s biggest lender, First Abu Dhabi Bank, later said it would open discussions with Israel lenders Bank Hapoalim and Bank Leumi.

Kushner, United States President Donald Trump’s son-in-law, accompanied the Israeli delegation in order to act as the mediator between the two States that had locked horns for years, surrounding the issues of the Palestinians wanting a separate nation. Israel has previously engaged in peace deals with Egypt and Jordan decades ago but has gone on to normalize relations with the UAE now.

Seeing as all Arab states had demanded Israel to first cede more land to the Palestinians, the Palestinians have taken to condemn the deal as a stab in the back by a major Arab player while they still lack a state of their own.

Turkey and Iran, have taken up a strong dislike towards this move and has threatened to suspend relations with the UAE after normalization was announced. Furthermore, Iran’s Supreme Leader Ayatollah Ali Khamenei resorted to harsh criticism by tweeting that “the UAE betrayed the world of Islam, the Arab nations, the region’s countries, and Palestine”.

Following the successful meet, Kushner flew to Bahrain and then Saudi Arabia and is also rumored to visit Qatar. During his visit to Bahrain, the state news agency reported that King Hamad bin Isa Al Khalifa praised the role of the UAE in defending Arab and Islamic interests.

In Saudi Arabia, Crown Prince Mohammed bin Salman and Kushner discussed the need for the Palestinians and the Israelis to resume negotiations and reach a lasting peace, as reported by state news agency SPA.

While no further statements or remarks were published, some officials made statements that suggested they would soon recognize Israel, in remarks reported by the UAE state news agency WAM.