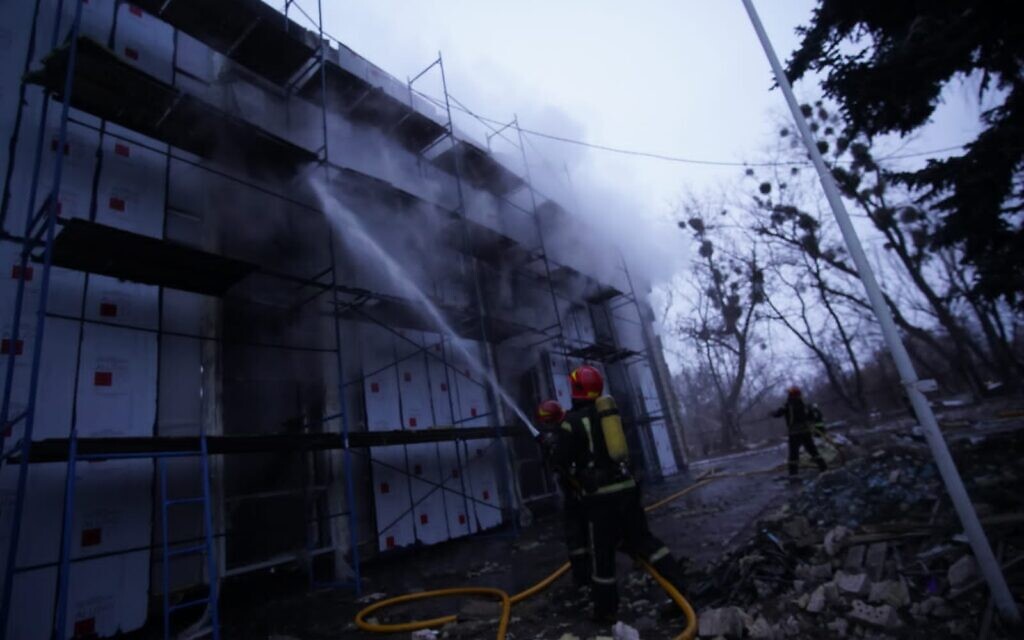 A televised Russian strike on a TV tower in Kyiv on Tuesday afternoon has also damaged the Babi Yar Holocaust memorial site, according to Ukrainian authorities.

Andriy Yermak, chairman of the Ukrainian Presidential Office, said on Twitter, “Russia has launched a missile attack on the territory where the Babyn Yar memorial complex is located. These villains are killing Holocaust victims for the second time.”

Soon after this post, Natan Sharansky, chair of the advisory board of the Babyn Yar Holocaust Memorial Center, also confirmed the saddening damage, saying, “Putin seeks to distort and manipulate the Holocaust to justify an illegal invasion of a sovereign democratic country is utterly abhorrent. It is symbolic that he starts attacking Kyiv by bombing the site of the Babyn Yar, the biggest of the Nazi massacre.”

On Twitter, Ukrainian President Volodymyr Zelensky also took to addressing the matter, as he lamented the irony of the memorial being hit. “What is the point of saying ‘never again’ for 80 years, if the world stays silent when a bomb drops on the same site of Babyn Yar?” he wrote. He added that “at least 5 killed. History repeating…”

The Babi Yar Holocaust memorial is of immense significance since it is located on top of a mass grave containing some 34,000 Jews who were murdered there in 1941 by the Nazis and their collaborators during their occupation.

Among others condemning the destruction was Israel’s Foreign Minister Yair Lapid who wrote, “We condemn the attack on the Jewish cemetery near the memorial site commemorating the Holocaust of the Jews of Kyiv and the murder of the Jewish people in Babi Yar. We call for preserving and respecting the sanctity of the site.”