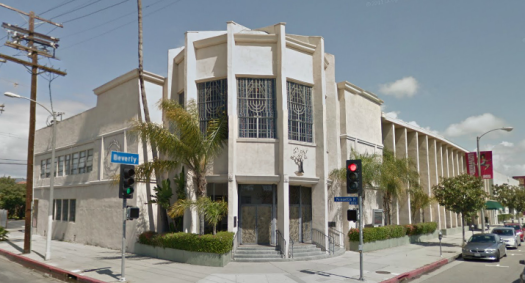 According to reports, a man in LA allegedly attempted to ram his car into a group of Sukkot concert-goers on Wednesday, in what appears to be a hate crime that is being investigated by the LAPD.

As per Magen Am, a non-profit that provides security to Jewish institutions, the attacker allegedly accelerated down a one-way alley into a crowd of women and children as the concert at LA’s Shaarei Tefila synagogue was coming to an end. The crowd of about 20 to 30 managed to jump out of the path of the vehicle before the assailant stopped short in front of a metal gate, yelled “f**k the Jews” and left.

The event was held at the congregation Shaarei Tefila, a Modern Orthodox synagogue in the uptown Los Angeles Fairfax-Hancock Park Jewish community, and was attended by 400 to 500 people.

Apparently, the man had also “canvassed” the event about 20 minutes prior, and issued threats, saying, “I’m a real Muslim, I’ll show you what real terrorism looks like.” The man had also asked about the event, and soon after, he started making antisemitic insults and threats. After getting into an argument with another congregant who was reacting to the man’s remarks, the assailant threatened the Magen Am security officer, before ultimately being ushered away. About 20 minutes later he returned and attempted to hit the group of concert-goers.