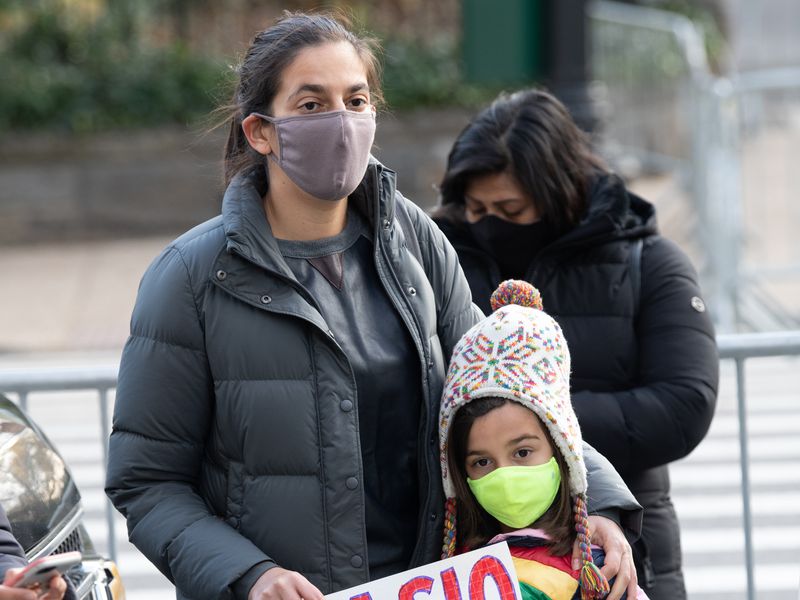 The New York City’s law department has fired one of its female lawyers who pretended to be a journalist ranting at Mayor Adams during a press conference on Monday.

The department fired Daniela Jampel, who has worked for the Law Department since 2016, for conduct unbecoming of an employee because of what she did.

“Today’s events, however, which include her decision to lie to City Hall staff and state she was a journalist at today’s press conference, demonstrate a disturbing lack of judgment and integrity,” the spokesman for the NY law department said.

“Today, she is no longer an employee of the Law Department,” the spokesman added.

According to reports, Jampel got access to Adams’ press conference by posing as a journalist and then grilled Adams on his decision to keep the toddler mandate in place despite previously saying he planned to lift it if cases stayed low.

Sources said the decision to fire Jampel is also due to her several tweets after Adams directed the Law Department this past Friday to appeal a judicial decision striking down the mask mandate.

“Represented cops who lie in court, teachers who molest children, prison guards who beat inmates. It is a job I have done proudly until tonight. Fighting to keep masks on toddlers is shameful. I am ashamed of my office,” Lampel tweeted.