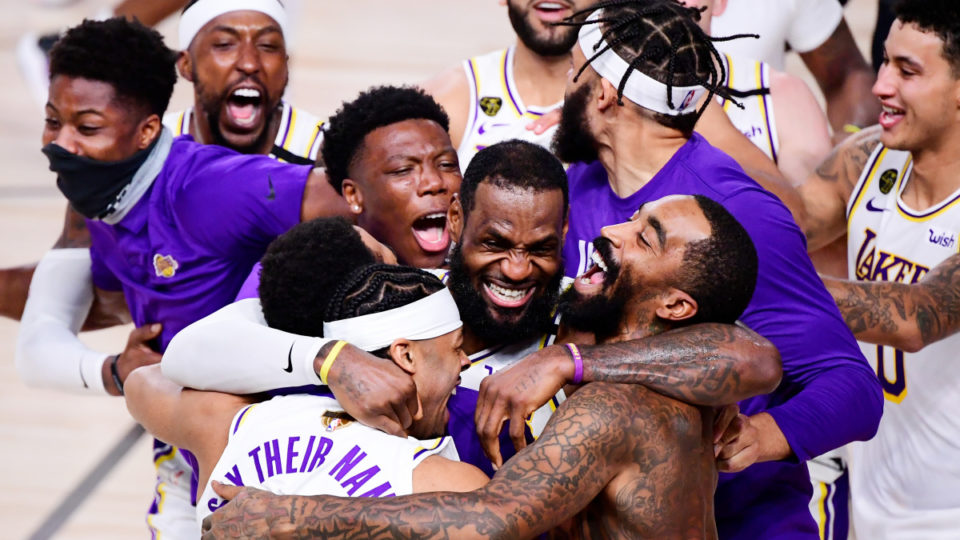 Clinching the 17th NBA title, the Los Angeles Lakers defeated the Miami Heat 106-93 in a nail-biting best-of-seven series at the NBA Finals on Sunday night.

Winning four games to two, the 17th victory for the franchise now ties the Lakers with the Boston Celtics for the most all-time wins in NBA history. This being said, the victory comes as the fourth championship win for LeBron James, in his 10th NBA Finals.

James previously won two titles with the Heat (2012 and 2013) and the Cleveland Cavaliers (2016). On Sunday, he became the NBA’s all-time leader in playoff games played, at 260. He finished the night with a triple-double: 28 points, 14 rebounds, and 10 assists. He was named NBA Finals MVP, the fourth time he has received this honor. He is now the first player in NBA history to earn NBA Finals MVP with three different teams. Only Michael Jordan has more NBA Finals MVP awards, with six.

Touted as one of the most influential players in seeking social and racial justice with his actions and demonstrations this season, James took to saying, “For me to be a part of such a historical franchise is an unbelievable feeling, not only for myself but for my teammates, for the organization, for the coaches, for the trainers, everybody that’s here. We just want our respect. (Lakers vice president of basketball operations and general manager) Rob (Pelinka) wants his respect. (Lakers head) coach (Frank) Vogel wants his respect. Our organization wants their respect. Laker nation wants its respect. And I want my damn respect, too.”

Using the NBA platform as a mouthpiece for staging protests against racial injustice, several teams came up with making bold statements throughout the season. In August, the words “Black Lives Matter” were painted on the courts in Florida. When the season resumed, almost all players — with many coaches and referees joining them — kneeled during the National Anthem.

Later that month, after the brutal police assault on Jacob Blake, the Milwaukee Bucks decided to not play in their playoff game against the Orlando Magic. It caused a cascading effect, as athletes acted in solidarity with the Bucks’ players. This led to the NBA playoff, WNBA, Major League Baseball, and Major League Soccer games being postponed.