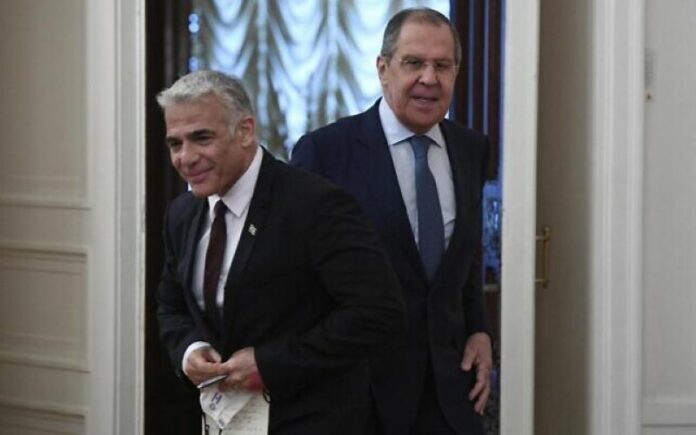 Israeli Foreign Minister Yair Lapid on Monday lambasted his Russian counterpart for claiming on Sunday that Hitler “had Jewish blood” and that “some of the worst antisemites are Jews.”

“Foreign Minister Lavrov’s remarks are both an unforgivable and outrageous statement as well as a terrible historical error,” Lapid said.

“Jews did not murder themselves in the Holocaust. The lowest level of racism against Jews is to accuse Jews themselves of antisemitism,” Lapid added.

Lapid said he is very angry with the statement, and he wants Lavrov to apologize for such wrongful accusations.

“Hitler did not have ‘Jewish blood’ and repeating this abhorrent falsehood place blame for the worst antisemitic crime in history on Jews,” Shai said.