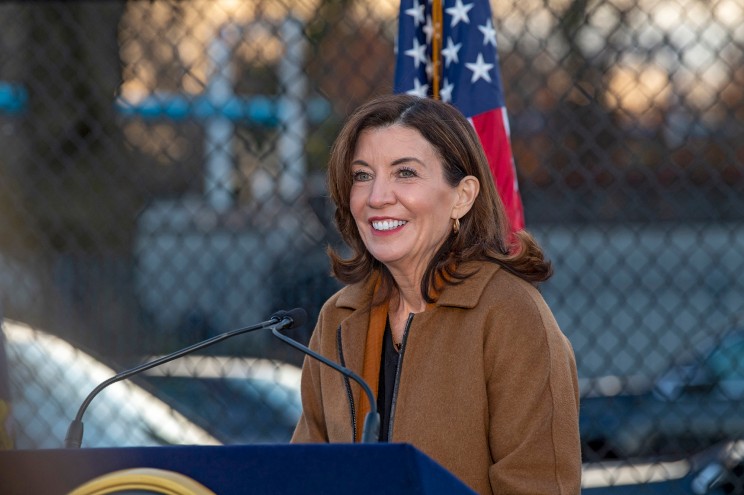 Looks like the Democratic primary poll will be a face-off between incumbent New York governor Kathy Hochul and state Attorney General Letitia James.

This possible scenario develops after the latest poll has shown that Hochul leads James by 14 percentage points in a hypothetical Democratic gubernatorial primary.

The poll which was released on Monday showed Hochul topping the field of potential NY governor with the support of 36 percent of likely primary voters.

Based on the poll made by Data for Progress, James comes in second with 22 percent while Hochul’s predecessor, disgraced former Gov. Andrew Cuomo, is in third with 15 percent.

Outgoing New York City mayor Bill de Blasio only ranked sixth in the survey with 3 percent support, while 11 percent of likely primary voters say they are not sure of their choice.

On the same survey it was learned that in a hypothetical head-to-head matchup, the poll finds Hochul leads James by 11 percentage points — 46 percent to 35 percent — among likely voters, with 19 percent not sure of their choice.

Moreover, it was further learned that Both Hochul and James have a 60 percent favorability rating among those surveyed, though the governor has a slightly higher net favorability of plus-40 percentage points, compared to plus-37 for the AG.

To get the result, they surveyed 528 likely Democratic primary voters between Nov. 16 and 17 and has a margin of error of plus-or-minus 4 percentage points.