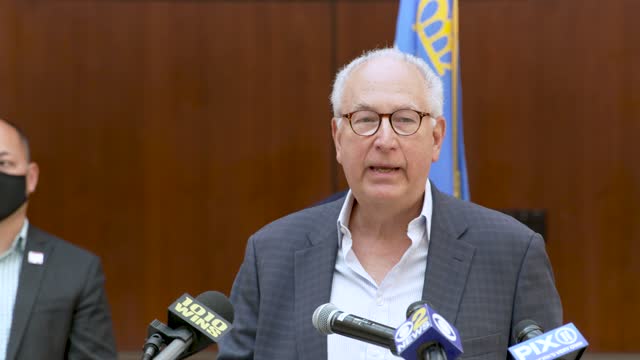 A member of the antisemitic “Squad”, Ocasio-Cortez spewed hate once again as she made her controversial comments during a Democratic Socialists of America event in Austin, Texas, last week. “I don’t believe that a child should be in a cage on our border, and I don’t believe a child should be in a cage in the West Bank,” AOC said in a videotaped remark after being heckled by pro-Palestinian protesters.

To this, Nussbaum said Ocasio-Cortez was spewing an unfounded smear against Israel, adding, “The Queens Jewish community is concerned when a local elected official makes spurious and reckless suggestions aimed at Israel. Bombastic suggestions and lies are dangerous when spewed by sitting politicians anywhere on the political spectrum. When the far-left mimics the far right in lies and exaggerations, democracy and dialogue suffers.”

Ocasio also said during her speeches in Austin, “With media, with all this stuff, Palestine is basically a banned word. It’s censored. We don’t talk about it. No one knows about it. Thank you for bringing it up, honestly, because we shouldn’t have to tiptoe around these things. We should be able to talk about it. And we shouldn’t allow people’s humanity to be censored. I want to be unequivocal, we are here to stand up for the rights of Palestinians and Palestinian children. One hundred percent. Don’t get it twisted. Because disinformation is not the vibe. Believing in the basic human dignity and the ability for a person to not be jailed or beaten for who they are, it does not mean that you are bigoted against any other community.”

Addressing the speech, Nussbaum said AOC’s inflammatory anti-Israel rhetoric appeals to Jew-hatred. “AOC is always asking for the `other side’ to understand her positions and that of the DSA and the BDS followers who wish to eliminate Israel from the Middle East map,” he said. “If you wish to have a real discussion, the Queens Jewish Community Council is willing to engage you in an honest and open conversation,’’ he added, addressing AOC. “We will defend Israel, you will have to defend the indefensible…. lies and distortions that spew hate and anti-Semitism.

“Enough is enough. At some point, people need to be held accountable for their political lies.”