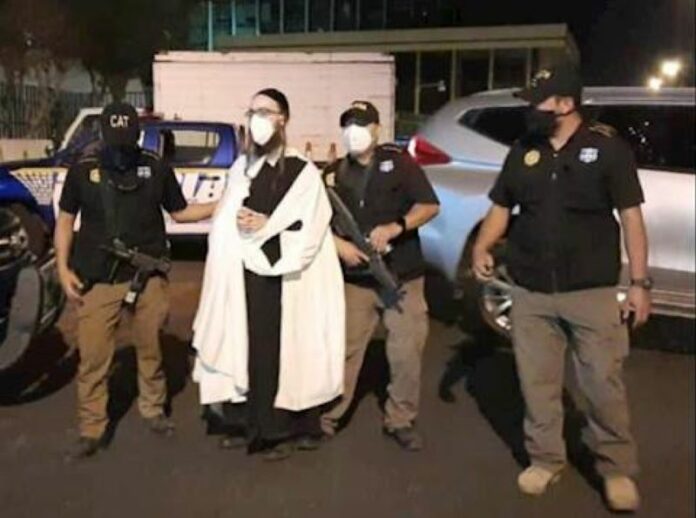 Guatemalan authorities have caught hold of Yaakov Weinstein of Lev Tahor, an ultra-orthodox cult that was founded in the 1980s in Jerusalem. Arrested on the suspicion of child kidnapping, Weinstein was taken in custody on the first day of Passover.

The Charedi cult has long made headlines with instances of kidnapping as well as arranging underage marriages. According to a JTA report in 2019, four members of the cult group were indicted for kidnapping two children whose mother had escaped with them, wanting to return the children to Lev Tahor. The group had fled Canada to Guatemala in 2014 after coming under intense scrutiny by Canadian authorities for alleged child abuse and marrying off children.

Founded in the 1980s by Rabbi Shlomo Helbrans, the small group began taking shape in Canada and then moved on to Guatemala. Some have deemed the sect a cult and it’s often been referred to as the “Jewish Taliban,” as women and girls older than 3 are required to dress in long black robes covering their entire body, leaving only their faces exposed. The men spend much of the day in prayer and studying only specific Torah portions. Meanwhile, Lev Tahor also subscribes to an ultra-strict version of kosher laws. Members do not partake in chicken because they believe that genetic engineering has rendered modern-day chickens nonkosher. Marriages between teenagers and older members are common.

In 2020, an indictment for child abuse was filed in Israel against another one of Lev Tahor’s leaders, Eliezer Rumpler, who managed to escape from Israel to Guatemala, despite the fact that there was a stay of exit order against him due to the serious charges against him. At the time, the Israeli indictment stated, “The Lev Tahor community is an extremist ultra-Orthodox community that numbers dozens of families, and which was wandered around the world with the aim of avoiding state authorities. The community has been declared an abusive cult by the court, in light of the fact that within the community it is customary to punish minors and adults in a severe and cruel way.”

As it stands, Guatemalan authorities have been monitoring leaders of Lev Tahor leaders in recent years. Members of the group, which is anti-Zionist, have applied for political asylum in Iran.