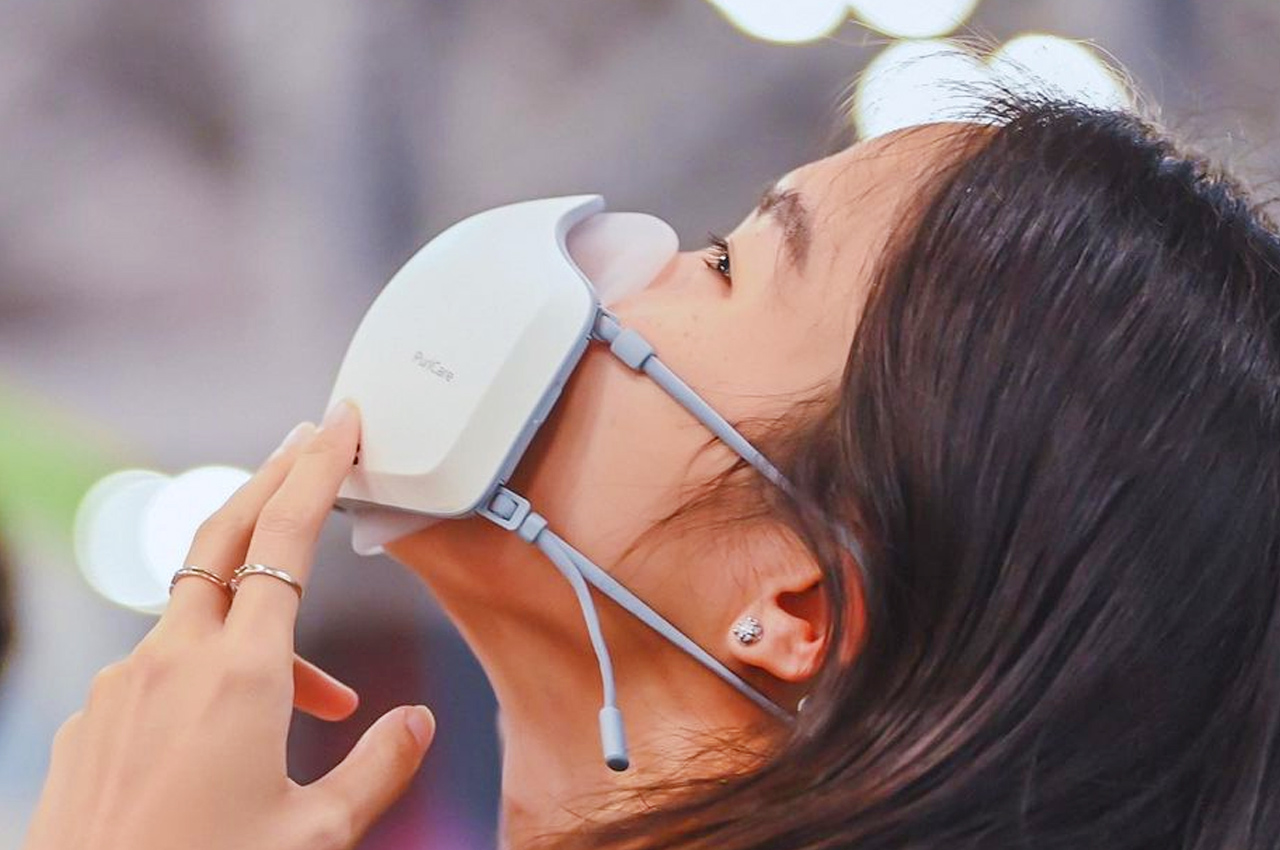 As mask-wearing continues to stay the norm, LG has now come up with a high-tech way to keep it going comfortably. In its new press release, the company has stated that its new “PuriCare” face mask comes with several improvements to its beta model, including a smaller, lighter, and more efficient motor.

The mask is built not just to purify the air you breathe but also brings in several nifty features that promise comfortable daily wear.  The mask also features an in-built microphone that ensures your words don’t get muffled behind the mask itself.

LG said that their new mask weighs only 94 grams, and “can be worn comfortably for up to eight hours with its 1,000mAh battery, which recharges in two hours”. The company added that PuriCare’s “sleek, ergonomic design minimizes air leakage around the nose and chin to create a tight but comfortable seal for hours.”

The mask carries an inbuilt microphone and speaker, powered with VoiceON technology, no longer requiring the wearer to pull down the mask or raise their voice to carry on a conversation. The technology recognizes when a user is speaking and amplifies his/ her voice through the speaker so that listeners don’t have to strain or lean in to hear every word.

To be first introduced in Thailand next month, the global availability of the mask might follow soon.