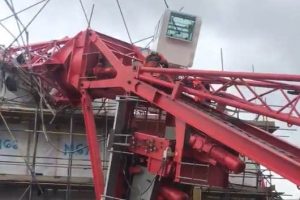 London: A large crane fell on houses in east London on Wednesday, leaving one dead, several injured including two people in serious condition.

Firefighters rushed to Gale Street and carried out a “complex rescue operation” to free people who were trapped in the houses.