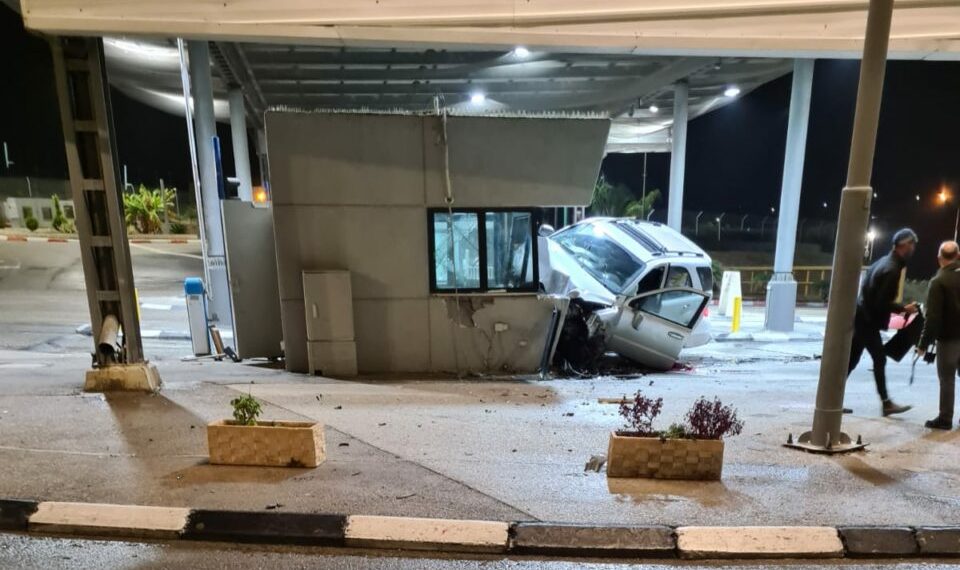 A 16-year-old Palestinian died after he was shot by security guards after he slammed his driven car at the Te’enim checkpoint to the Shomron early Monday.

According to the Defense Ministry, the car-ramming incident seriously injured a 34-year-old security guard on duty who was on duty into the checkpoint from the West Bank entrance.

Sources said the suspect was taken to the hospital but he died while undergoing treatment for his wounds.

Defense Ministry Director-General Amir Eshel described the incident as serious and thanked the guards at the checkpoint for a check action.

“The guards at the checkpoint responded quickly and ended the attack within seconds,” Eshel said.

Security officials notice the frequency of lone-wolf attacks by terrorists for the past weeks.

On Shabbos afternoon, a resident of Yehudah and Shomron stabbed a chareidi man outside the Damascus Gate to the Old City of Yerushalayim and attempted to stab police officers on the scene.

Alert border policemen shot the terrorist dead on the site.