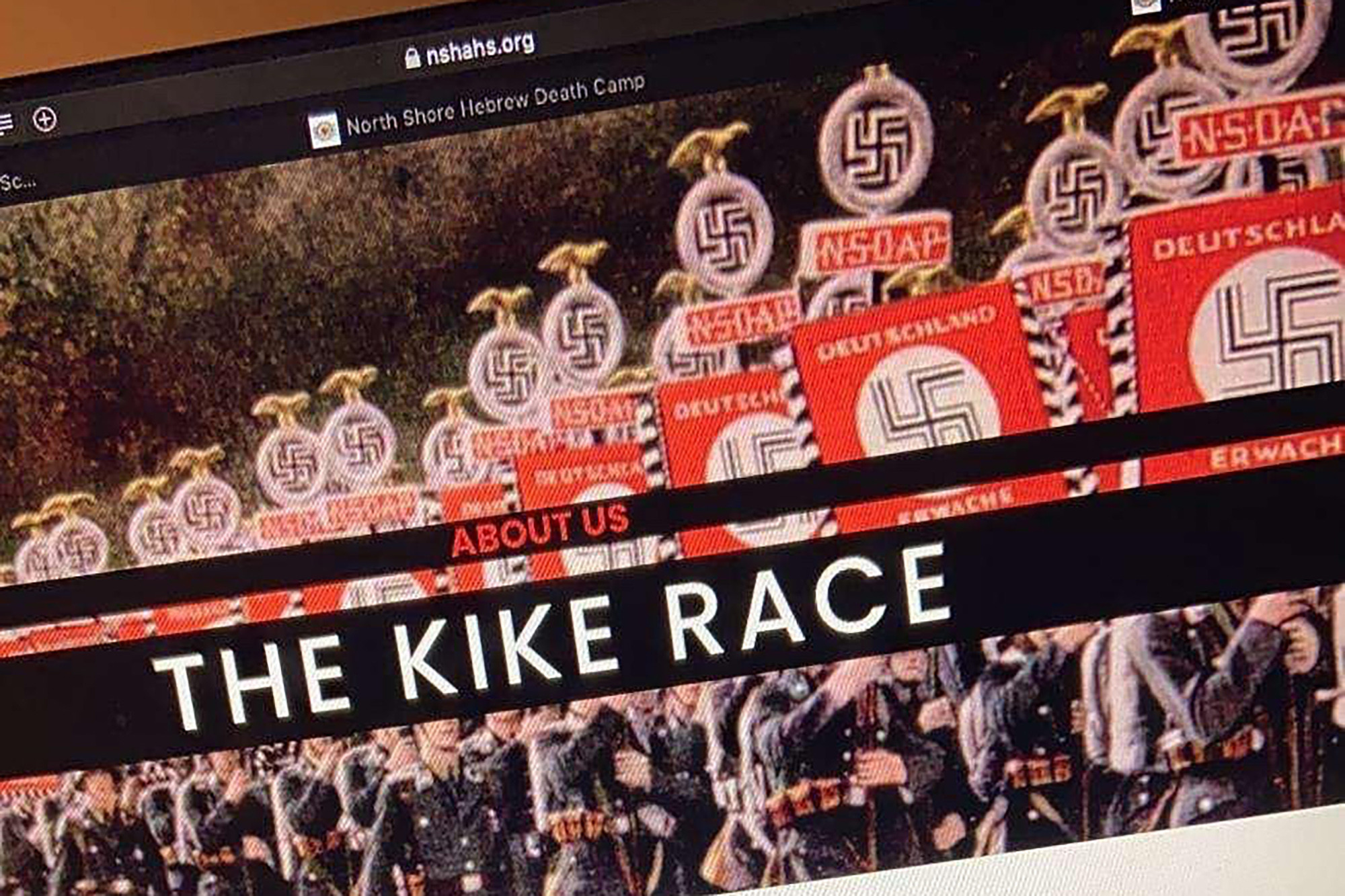 According to StopAntisemitism.org, on Monday, the website of the North Shore Hebrew Academy High School was hacked with Nazi imagery and Anti-Semitic slurs. It has also been reported that addresses and credit card information of students and teachers were leaked in the hack.

Overtaken by a Swastika and a clip of marching Nazi SS guards displayed on the homepage, the North Shore Hebrew Academy High School was also tagged as the “North Shore Hebrew Death Camp,” by the Anti-semitic hackers on another page. The school promotes itself as a modern Orthodox yeshiva high school in the heart of Great Neck. More Nazi imagery was also posted on the “About Us” page, which was hacked to read “The k–e race.”Another page included details of a “field trip” to Auschwitz, that listed the application deadline as “January 1945” and said students would have to “walk into an SS office and declare themselves as Jews.”

Posting a video about the hack on Twitter, StopAntisemitism.org stated, “A Hebrew Academy in Great Neck (Long Island), NY is being hacked! Nazi songs, imagery, messages continue to be posted. They have also leaked students’ and teachers’ addresses and credit card information.” A picture of Adolf Hitler was also posted on a page that called the school the “North Shore Concentration Camp.”

The anti-semitic alterations to the website were taken down by Monday afternoon as the site now read, “Under construction. Please check back soon.” According to Liora Rez, the director of StopAntisemitism.org, the organization was alerted about the breach shortly after 4 p.m. and that it lasted a few hours. “We are horrified that hackers have targeted a Jewish school and exposed children to horrific Nazi imagery and messages. Many of these teens are descendants of Holocaust survivors and generational trauma is often triggered when events like these occur, said Rez.

Nassau County police couldn’t immediately confirm the school’s website was the target of a hack and said that the department is conducting an investigation involving the school.