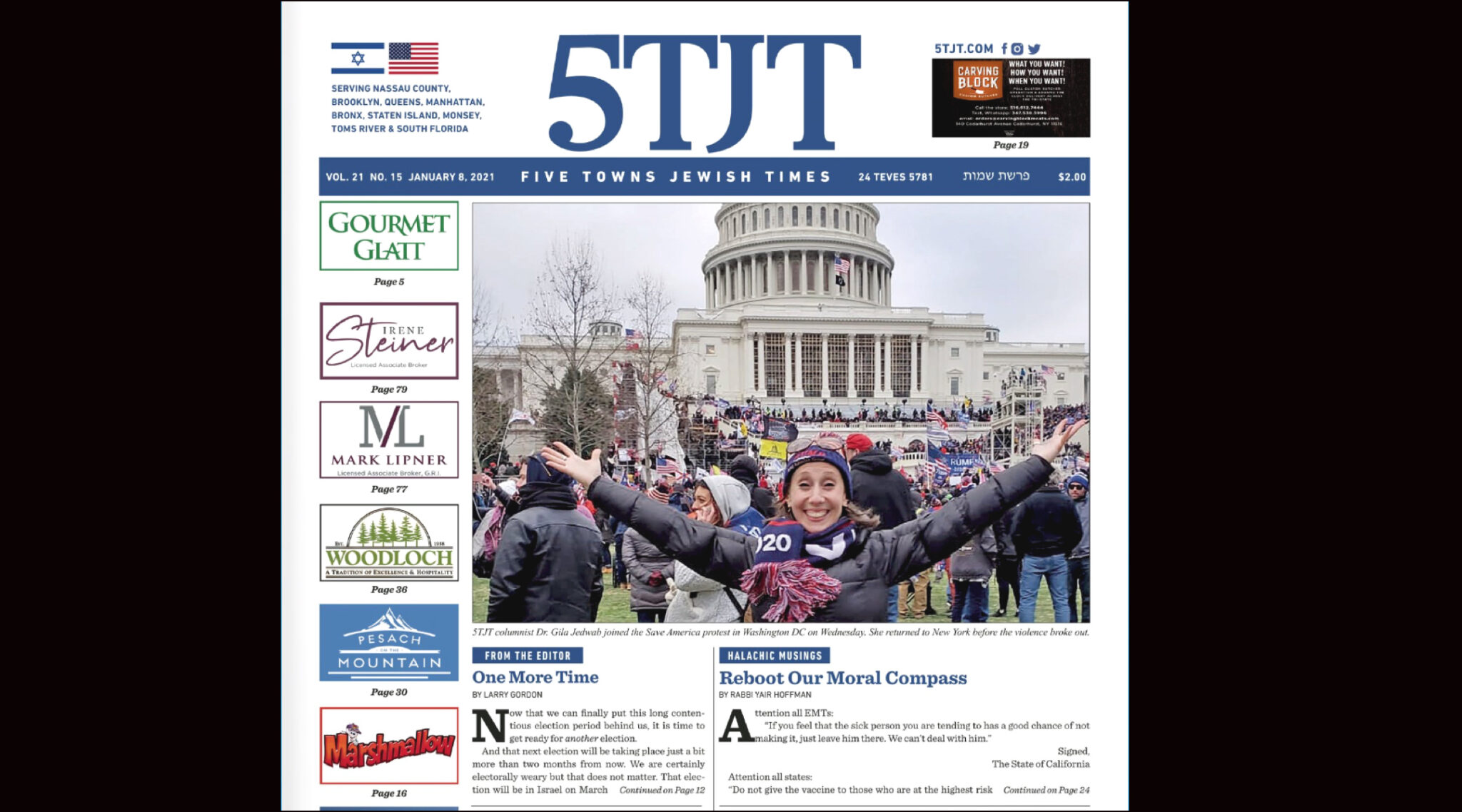 After banning the paper on the day that followed the Capitol siege which claimed 5 lives and devastated the nation, on Friday, the 8th of January, Rabbi Hain of Long Island received a copy of the ‘5 Towns Jewish Times’ newspaper at his doorstep, but with a spiteful message written on it.

A few days back, Rabbi Kenneth Hain and other leaders of Congregation Beth Sholom in Lawrence, New York, banned the ‘5 Towns Jewish Times’ from their synagogue because the newspaper featured a front-page photo of one of its columnists at the U.S. Capitol siege in Washington, D.C. on Jan. 6. Soon after the ban, Rabbi Hain received a hate message scribbled on the newspaper that slammed him for banning the paper and urged him to resign from his duties.

“You are aligning your behavior with the radical anti-American Democrats who are now in full gear to destroy not only America but who are poised to target Israel and all Jews,” the note read. “You should resign from your pulpit, and any of your congregants who don’t demand such are part of the erev rav,” the searing rebuke continued.

The photo that led to the synagogue ban in the first place, featured a local dentist and Trump supporter standing in front of the protests. But the individual in the picture was not a participant in the protests. “The photo that appeared on the first page of the 5 Towns Jewish Times this week was an outrageous Chilul Hashem,” Beth Sholom leaders wrote to the synagogue’s members on Jan. 8.

In reaction to this statement, Larry Gordon, the editor of the 5 Towns Jewish Times, apologized for the photo choice, but Beth Sholom and one other large local synagogue, the Young Israel of Woodmere, also banned the newspaper from their buildings in the meantime.

As reported by the Long Island Herald, the author apparently is known to the Hain family. Rabbi Hain’s wife, Nancy, reported the note addressed to her husband to the Jewish Alliance for Dialogue and Engagement, a local group that has focused on promoting the coronavirus vaccine, in a WhatsApp group.

“We will secure the photo and other info sent to the local Rabbi to give [to] police for follow-up investigation,” she wrote. “Will let you know when/if there is more. Thanks for the support & good wishes. This is being taken very seriously by the Shul, its security & us.”

On the other hand, supporters of the paper took out an ad in the newspaper the week after the controversial banning. “We stand proudly with the 5TJT in the face of silencing and censorship,” the ad, paid for by “friends of the 5TJT,” read.