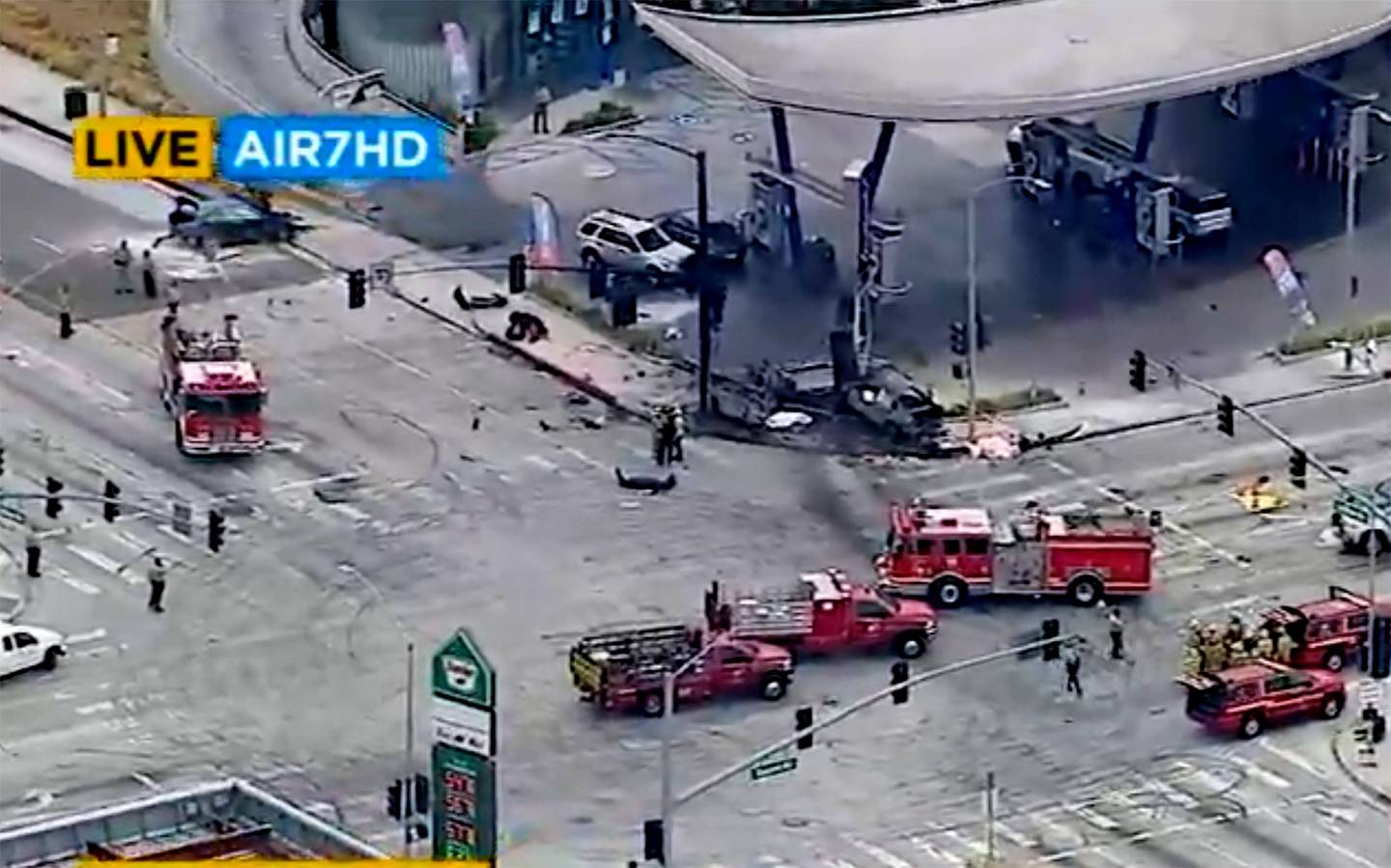 Los Angeles fiery crash kills a pregnant woman, a baby, and three others

A massive crash triggered by a speeding Mercedes-Benz careened through a red light at a crowded intersection in Southern California left a pregnant woman, an infant, and at least three more dead.

California Highway Patrol Officer Franco Pepi said as many as six cars were involved in the deadly incident, which unfolded on Thursday near a gas station in the unincorporated Windsor Hills, about 10 miles southwest of downtown LA.

Pepi added that they responded to the call around 2 p.m. at the intersection of La Brea and Slauson avenues.

He said eight people were rushed to a nearby hospital, including the 40-year-old woman driving the Mercedes.

He added that several others were also injured, including a 33-year-old woman and six children, ranging in age from 13 months to 15 years.

A deeper investigation into the crash is now also underway.