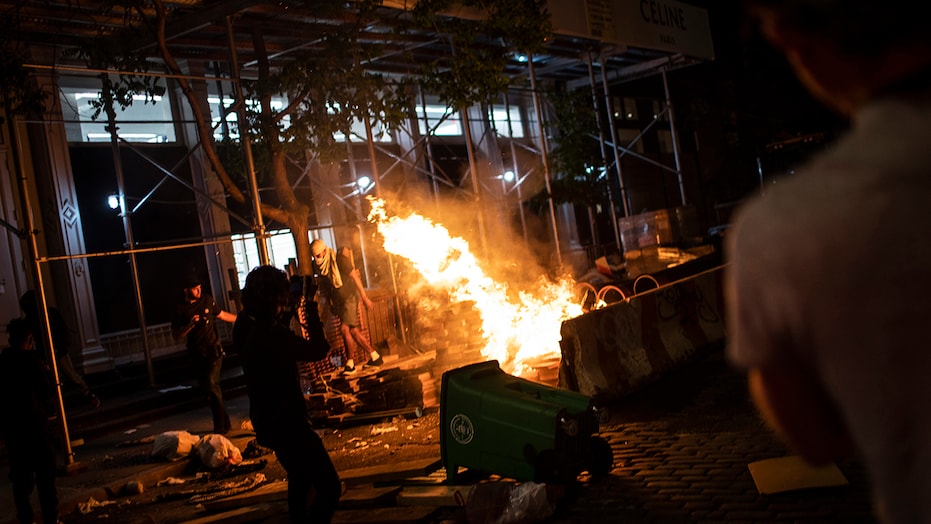 After around 7:30 PM, protesters clashed with the police in a violent brawl on the streets of Lower Manhattan, over the proceedings of the US Presidential Elections. It has been reported that protesters laid waste to the streets, set a fire, and in one instance, spat directly in the face of an officer.

Although the NYPD had braced for protests post Election Day on Tuesday, Lower Manhattan brought in a grim sight last night. After a relatively peaceful protest that was held in Washington Square Park, things took a violent turn as demonstrators worked their way through the West Village after 7:30 p.m, resulting in around 20 arrests.

As reported by the NY Post, the series of chaotic events began with two people wearing black, igniting a Joe Biden campaign sign, leading to a round of applause, before others later taunted patrons at Jeffrey’s Grocery in West Village. Protesters continued to chant ‘count the vote’ throughout the rally, and went on to exhibit anti-police sentiments, outbursts at outdoor diners, and set garbage fires ablaze.

Rioting around the area, protesters were seen shouting, “F–k your dinner,” as they passed the Waverly Place eatery. Aiming at the NYPD, the mob also chanted, “Burn the precinct to the ground.” On West 4th Street and Sixth Avenue, protesters set fire to a pile of garbage, which was later put out by police.

Continuing their stunts for half-an-hour, the protesters met with police clad in riot gear at around 8 p.m., where a violent clash took place between the two parties at Leroy Street and Seventh Avenue.

A few minutes later, as the mob chanted ‘shame’ towards the police, a woman was arrested after she spat in an officer’s face after screaming, “F–k you, fascist.” The cop, in turn, shoved her to the building and forced her to the ground to cuff her. This drew condemnation from other protesters saying “You don’t attack a woman!”

Later in the night, a police chief was also slugged by a protester. A total of 20 arrests were made and the NYPD said officers recovered a taser, two knives, and M80s while policing the demonstration. “We have arrested more than 20 individuals who attempted to hijack a peaceful protest by lighting fires, throwing garbage and eggs in Manhattan,” the department said in a statement.