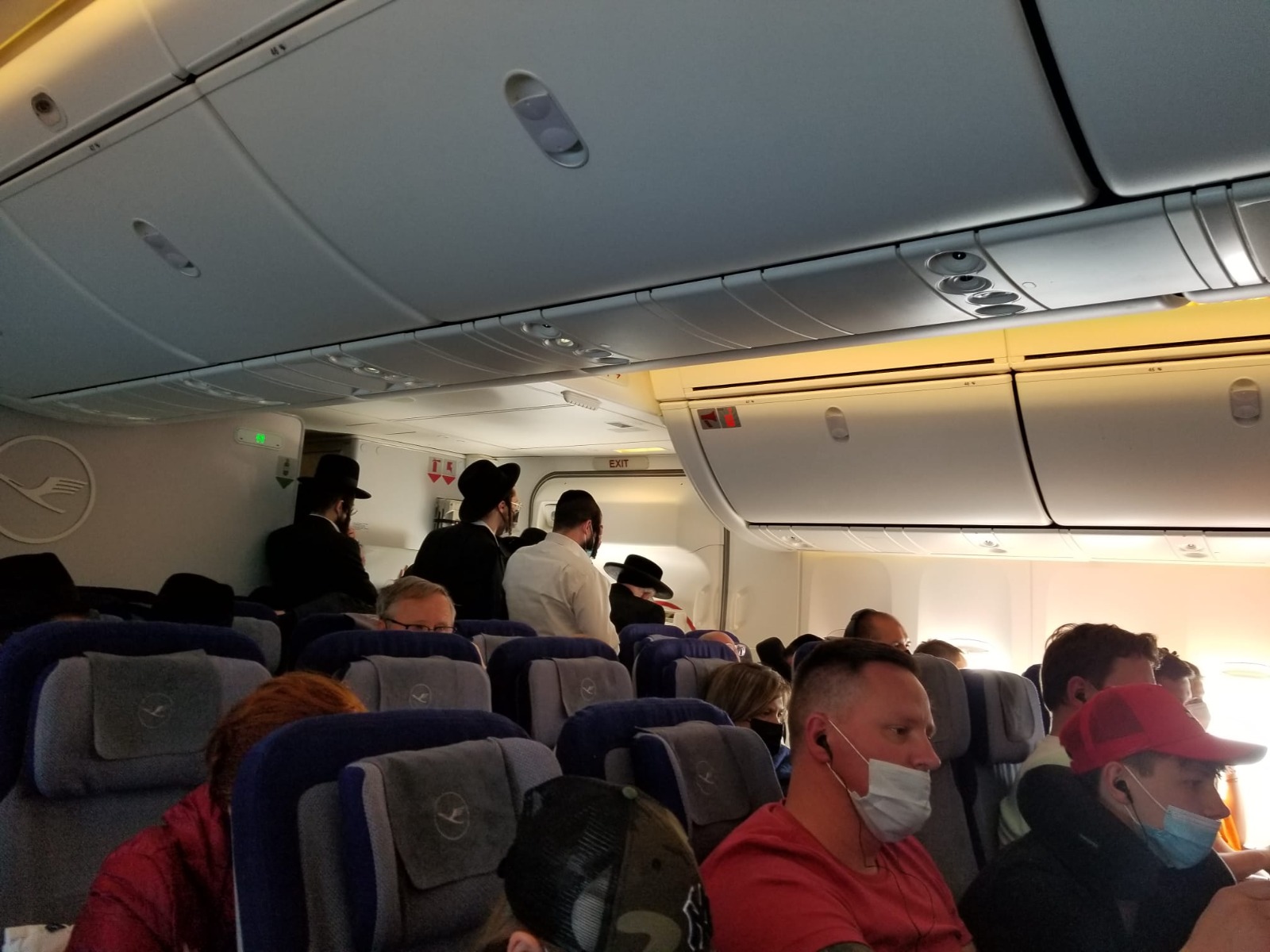 In a new video of a Lufthansa agent admitting that the airline targeted Jews, an exchange takes place between a Jewish passenger and an airline supervisor- where all details are revealed.
In the video, a passenger demands to know why a huge group of Jews was punished, when only one or two did anything wrong. The employee admitted that they were making the entire group of Jews pay for the actions of one. In response, the agent said, “It was Jewish people who made problems”. She added, “Jewish people coming from JFK.”

At another point in the video, when pressed on why every Jew was being banned, she said “Everyone is paying for a couple [of people’s actions].”
This follow-up video has come after last week’s incident wherein a large group of Charedim was prevented from boarding a flight from Germany to Hungary, leaving them stranded. The group was en route to Kerestir for the yahrtzeit of Rav Shayale ztl.
According to reports, nearly all the Jewish passengers followed the mask rules, except for “one or two passengers” who did not comply, leading to a confrontation with airline staff. And as a result of this, more than 100 Jews were discriminatorily banned from the connecting flight, because of the one or two who defied the rules.