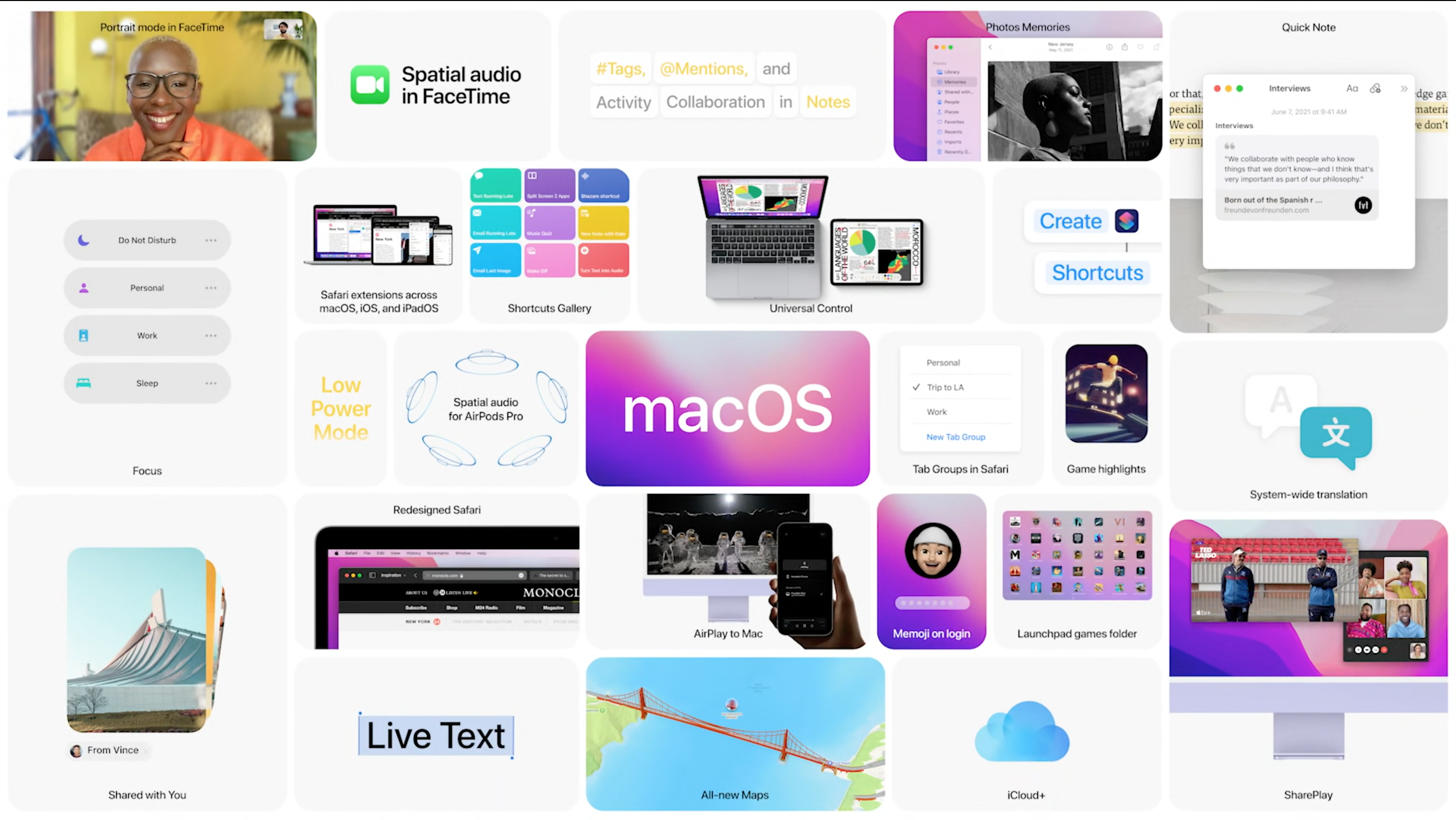 MacOS Monterey To Be available on October 25: Features and More

As announced on Monday, the macOS Monterey will be available as its latest operating system for Mac computers on October 25.

First introduced in its beta phase at WWDC 2021 in June, the new update is designed as the successor to macOS Big Sur that was launched last year. As it stands, the macOS Monterey 12 comes with a list of changes to deliver a more fluid experience when using multiple Apple devices. It also includes features including SharePlay and Focus that are also available on iOS 15 and iPadOS 15.

Furthermore, the macOS update is set to Universal Control and AirPlay to Mac to boost Apple’s Continuity and give people a more unified experience across Apple devices. So what is Universal Control? To give you the simplest explanation, Universal Control will let users perform multitasking between a Mac and an iPad seamlessly by using a single mouse and keyboard. The Universal Control feature also allows users to work with Apple Pencil. This helps to bring the drawing and sketching that you do on your iPad directly into a Keynote slide on your Mac.

On the other hand, AirPlay will enable users to play, present, and share content from your iPhone or iPad to your Mac — wirelessly. You can also use your Mac’s sound system as an AirPlay speaker using the update.

The new update is also bringing Quick Notes. This lets you jot down important notes while browsing a website or using an app. The new macOS release also comes with Shortcuts that were launched on iOS 14 and iPadOS 14 last year. It helps automate tasks on a Mac. Apple has also provided a dedicated Shortcuts Editor for Mac to let users customise shortcuts on the basis of their requirements. Apple has also provided its SharePlay integration within macOS Monterey to let users share their movies, TV shows, and projects with friends and family over a FaceTime call.

macOS Monterey will be available for download on Mac devices including the MacBook Air, MacBook Pro, iMac, and Mac mini that are currently running macOS Big Sur. The new macOS version will automatically reach eligible Mac devices when it will be released on October 25.