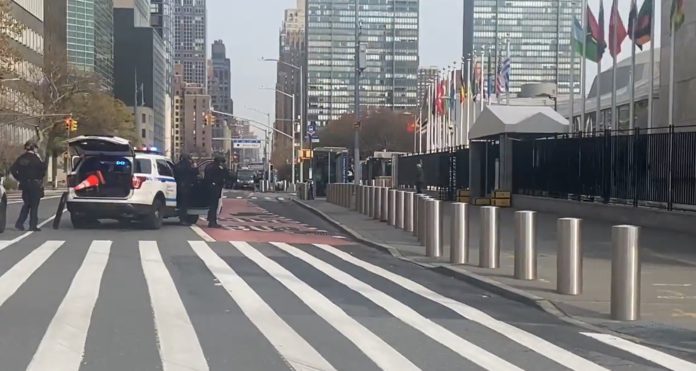 A man carrying a gun has caused a standoff with heavily armed New York City police outside the UN headquarters on East River this morning.

The NYPD is now negotiating with the man to surrender.

Stand-off –Man with gun pacing in front of the United Nations. Police saying "put down the guy. There are better ways to get your message out." White male. Grey hair. Red sweater tan jacket. pic.twitter.com/qOB5NACBne

In view of the situation, the NYPD has issued a traffic alert for the intersection of 42nd Street and 1st Avenue – right outside the UN HQ – and said the public should “expect emergency vehicles in the surrounding area.”

The NYPD also called all UN personnel and delegates at UN headquarters in New York to shelter in place.