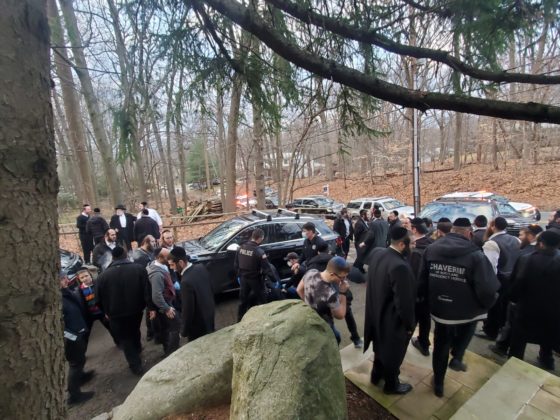 Man brutally assaulted a Monsey homeowner on his front porch

Responding police officers arrested a man who brutally assaulted a Jewish homeowner in the Monsey area on Sunday.

According to reports, the suspect was hired to clean the lawn of the homeowner when he suddenly attacked the male homeowner without provocation and reason.

In the initial police investigation, the victim was trying to move his car on his driveway when the male suspect approached and told him that he wanted to come inside his house to use the bathroom.

The victim declined his request and decided to go to his porch.

At this instance, the worker followed him, pulled out a pair of scissors, and assaulted the man, and started biting him.

The attack was seen by the victim’s wife who immediately called up Chaverim.

After a few moments, the couple’s son-in-law arrived and discovered the attacker trying to throw his father-in-law over the porch fence.

The suspect released the victim and started fighting with his son-in-law instead.

As the two are fighting, multiple Chaverim members arrived on the scene and were able to hold down the attacker until the police arrived.

Sources said the victim was checked by Hatzolah and is being treated by his personal doctor.

A deeper investigation on the daring assault is now underway.