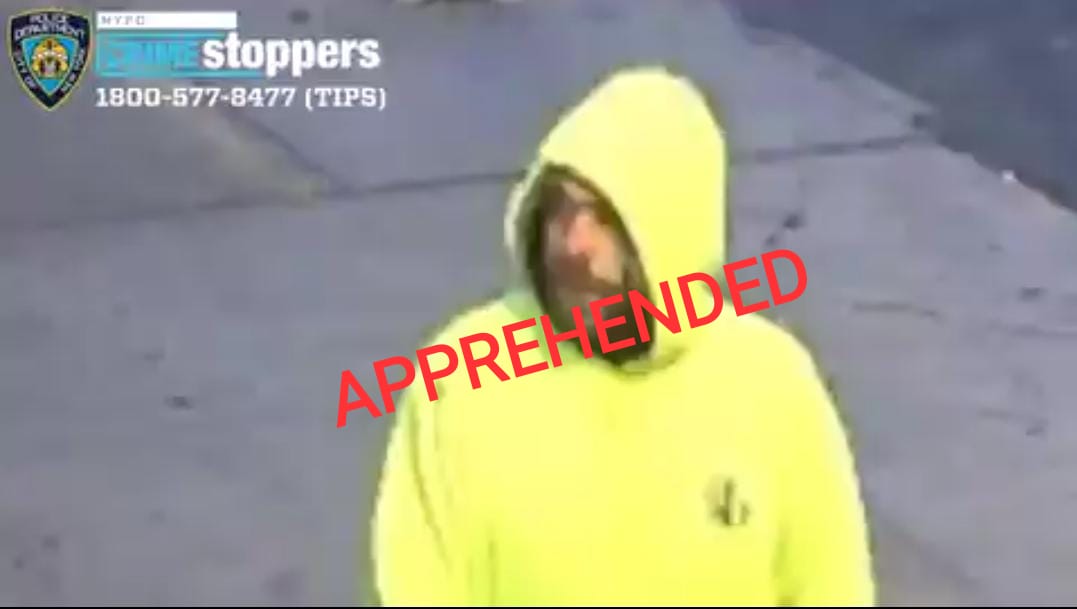 The man wanted in connection of a violent Williamsburg assault was apprehended and arrested by the NYPD.

The NYPD released a video on Tuesday, August 25, of a man that violently assaulted a 46-year-old woman at around 6:00 am.

The assault occurred on Division Avenue and Rodney Street when the man went over to a woman and violently assaulted her leaving her on the ground in critical condition.

The NYPD investigated the assault with an attempt to arrest the man connected in the incident.

On Tuesday afternoon, Rabbi Moishe Weiser, an NYPD community liaison told YidInfo.net that the NYPD apprehended the wanted perpetrator and is now in police custody where he is being charged with felony assault.