One injured, one dead in a fatal Stabbing in Boro Park.

One person is dead and another one is in critical condition secondary to a shooting and stabbing that occurred Wednesday afternoon in Boro Park.

At around 5:00 pm, the NYPD and Boro Park Shomrim responded to a
Shooting that occurred on 42nd Street and 9th Avenue.

Moments later, another call came in for a Stabbing that occurred just one block away on 41st Street and 9th Avenue.

Quick Responding Shomrim volunteers escorted a private car in which the  shooting victim was inside, to Maimonides Medical Center, where the victim went into Traumatic Arrest in the Hospital.

Fort Hamilton Parkway between 48th Street and 49th Street where Maimonides Medical Center is located, as well as the streets where both incidents took place, was closed by the police for investigation.

The victim of the Shooting has died in the Hospital while the Stab victim remains in critical condition, police say.

The NYPD and the Boro Park Shomrim are searching for a Hyundai Sonata with TLC plates T764634C, which was last seen fleeing the scene on 9th Avenue towards the lower numbers.

Sources tell YidInfo.net that the cause of death has been determined to be from Stab wounds and not from a shooting as reported earlier.

The gun that was found on the street was from one of the fleeing perpetrators that fled the scene.

The stabbing escalated from a dispute that broke out moments before the Stabbing, no shooting was involved. 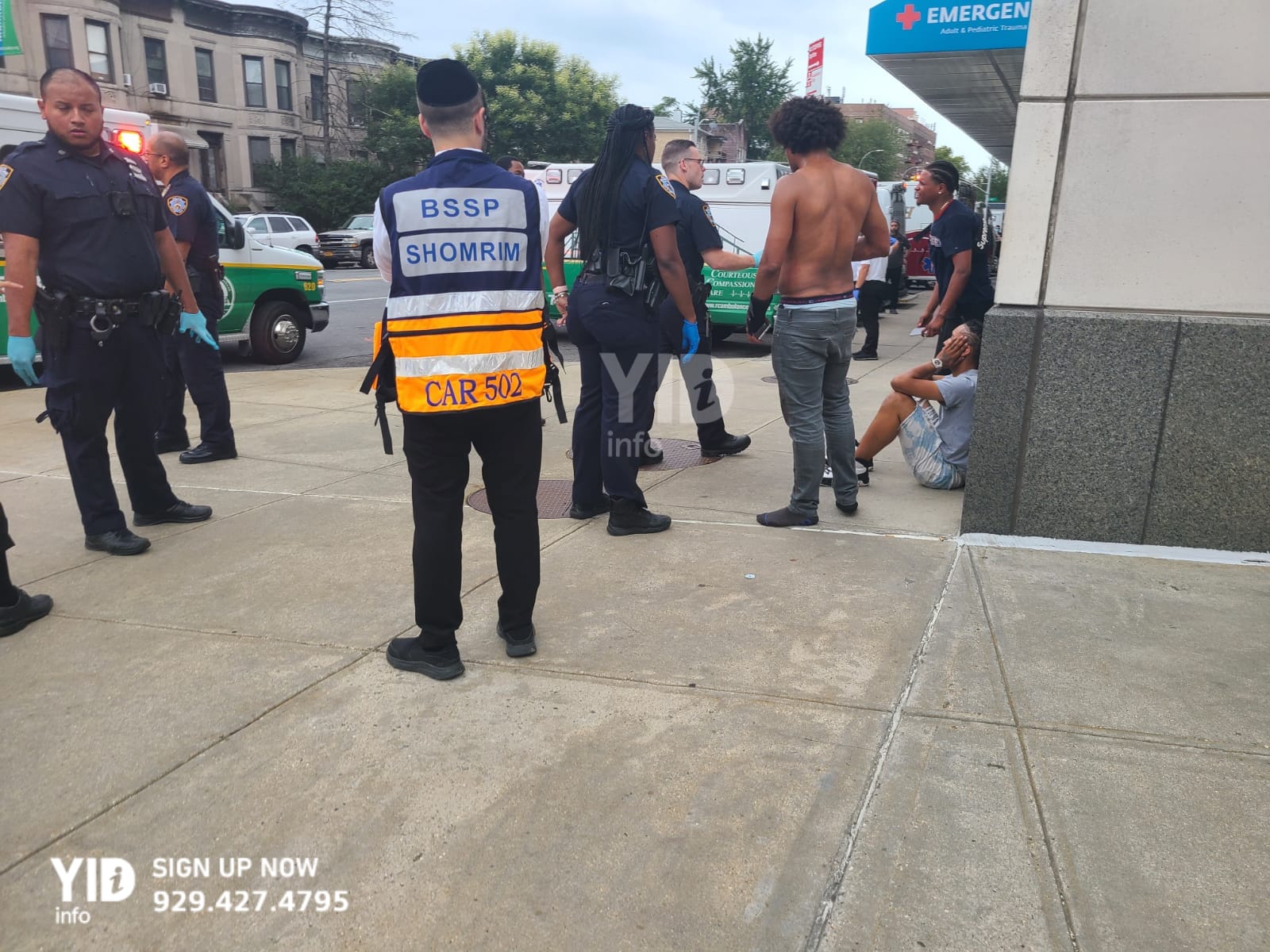 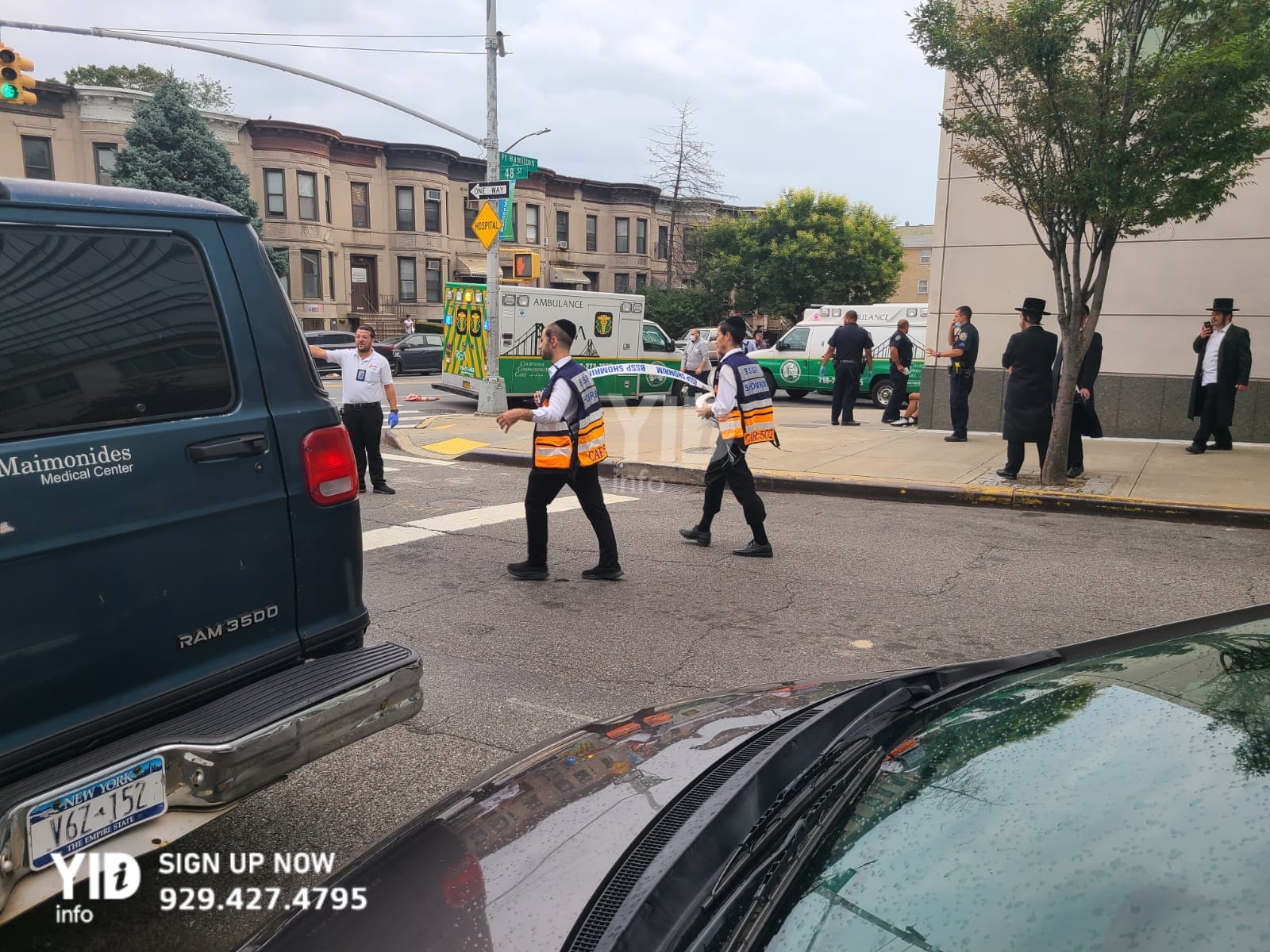 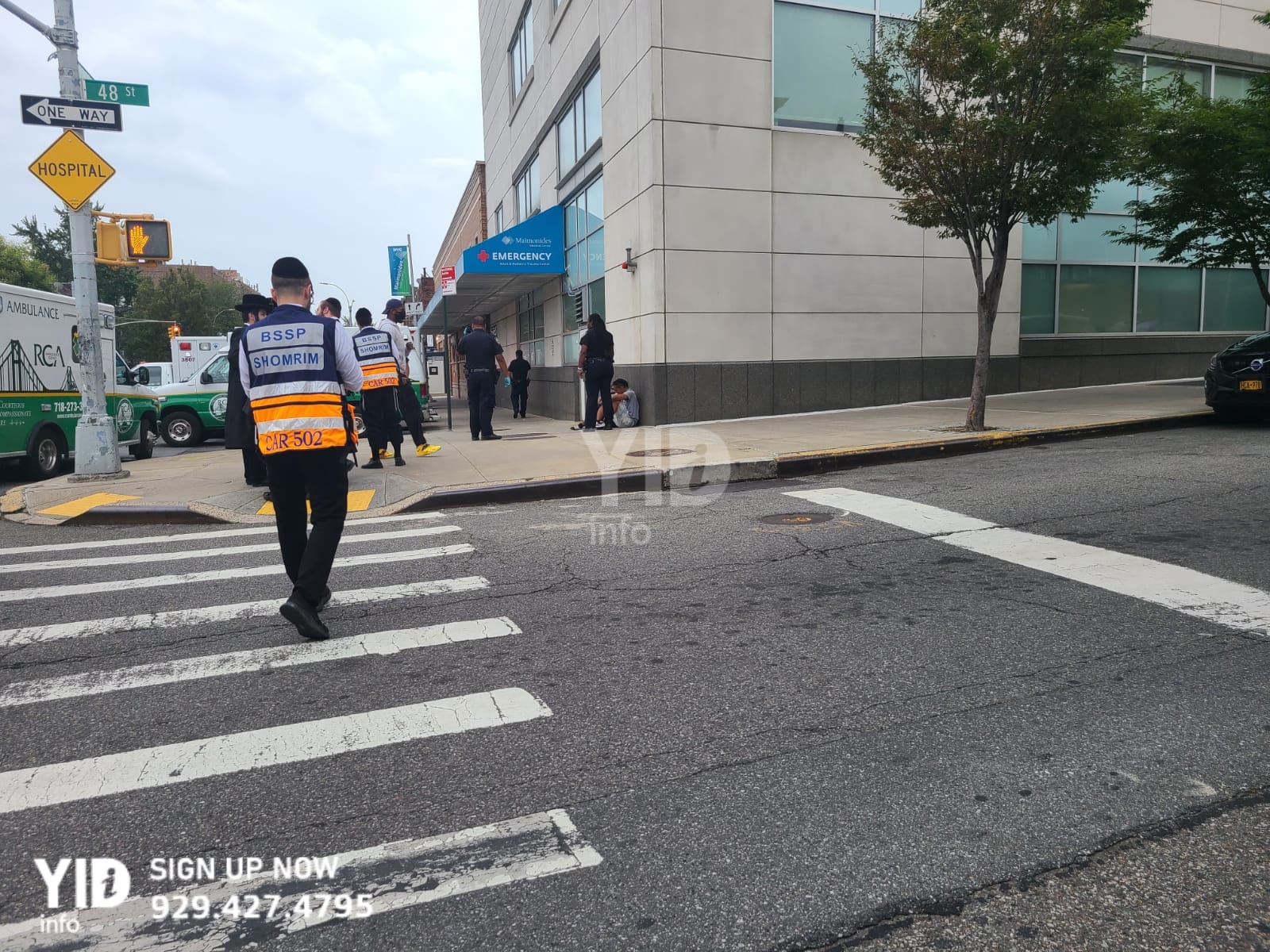 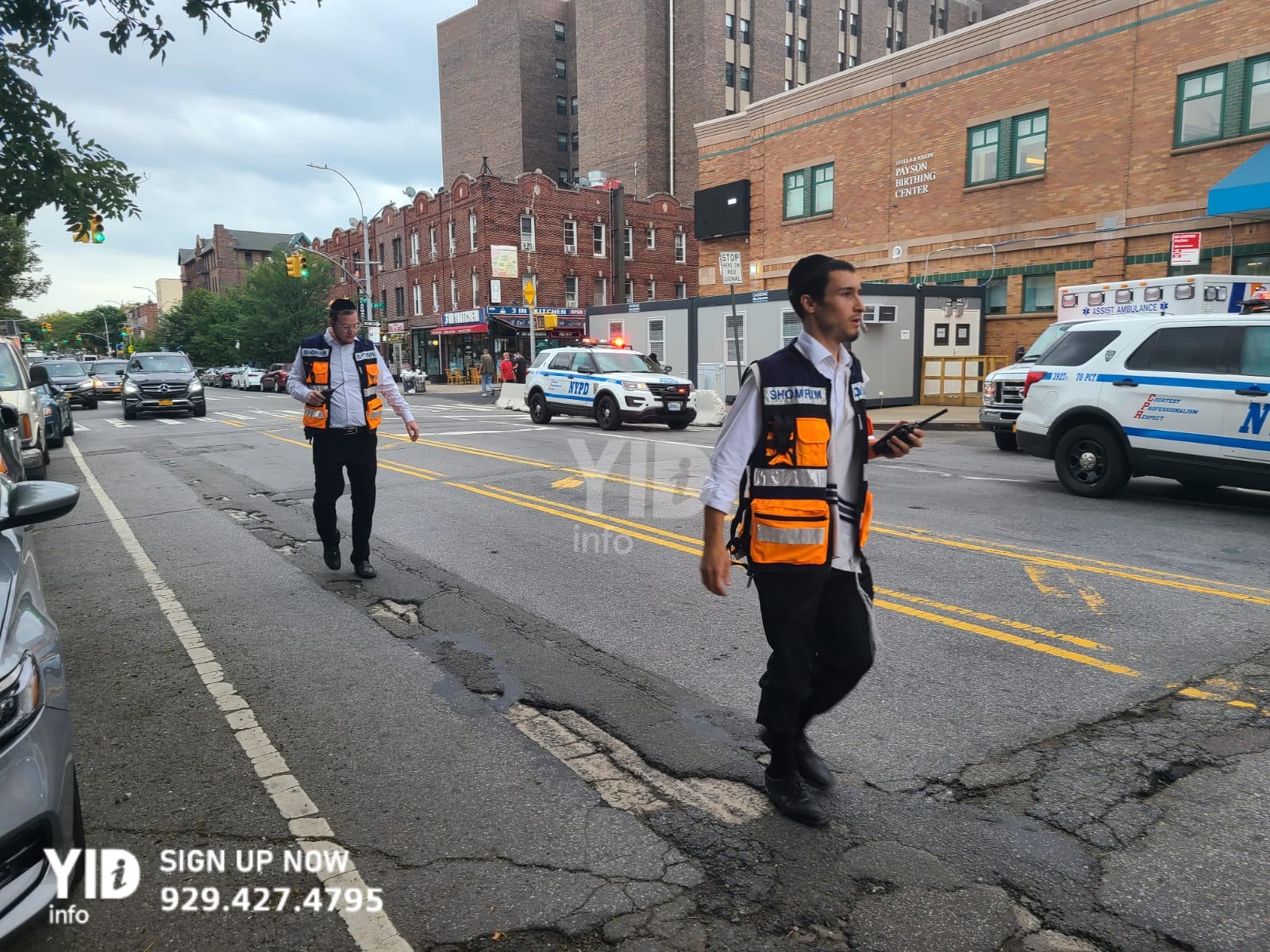 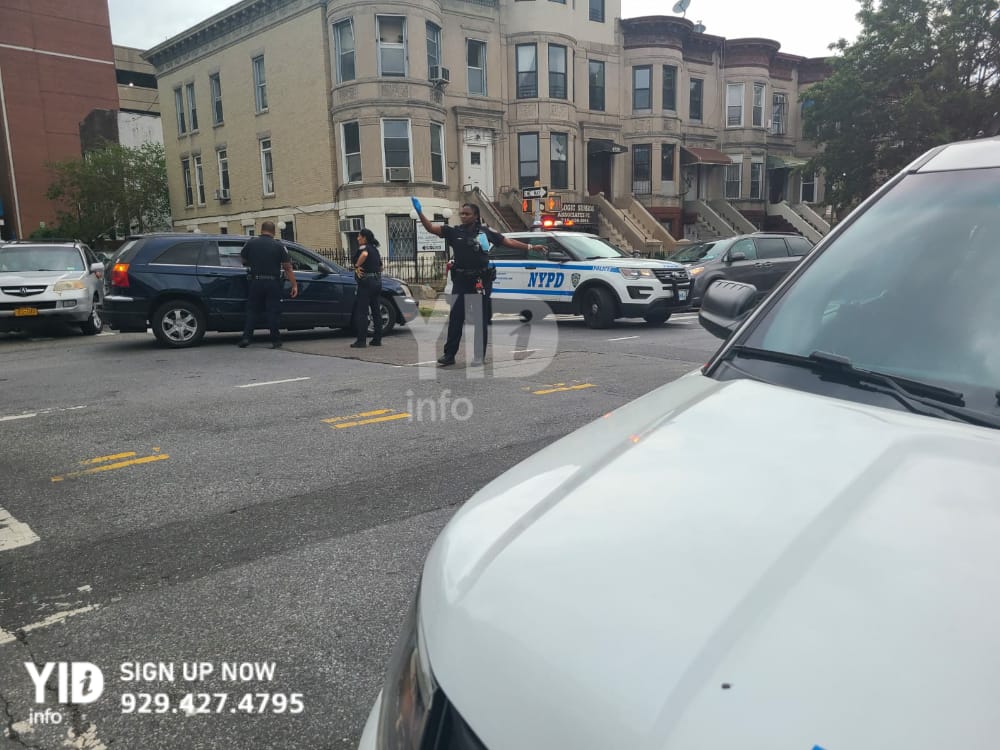 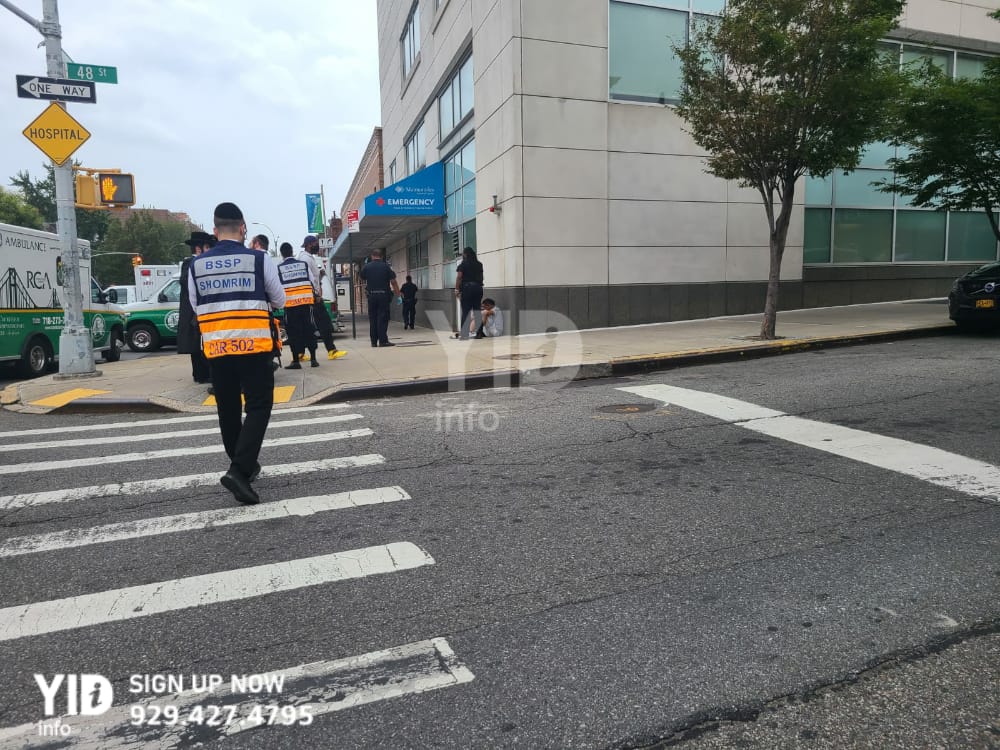 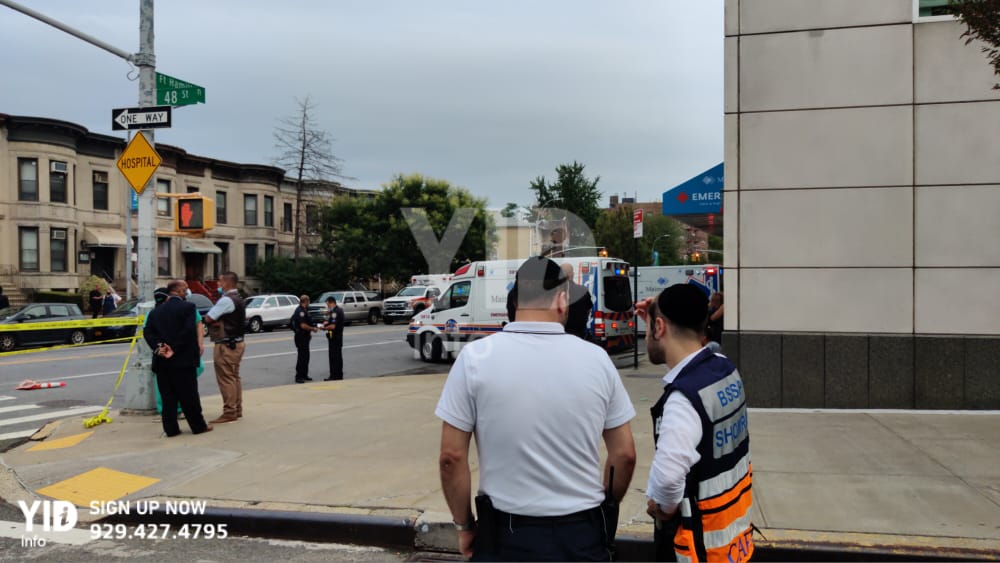 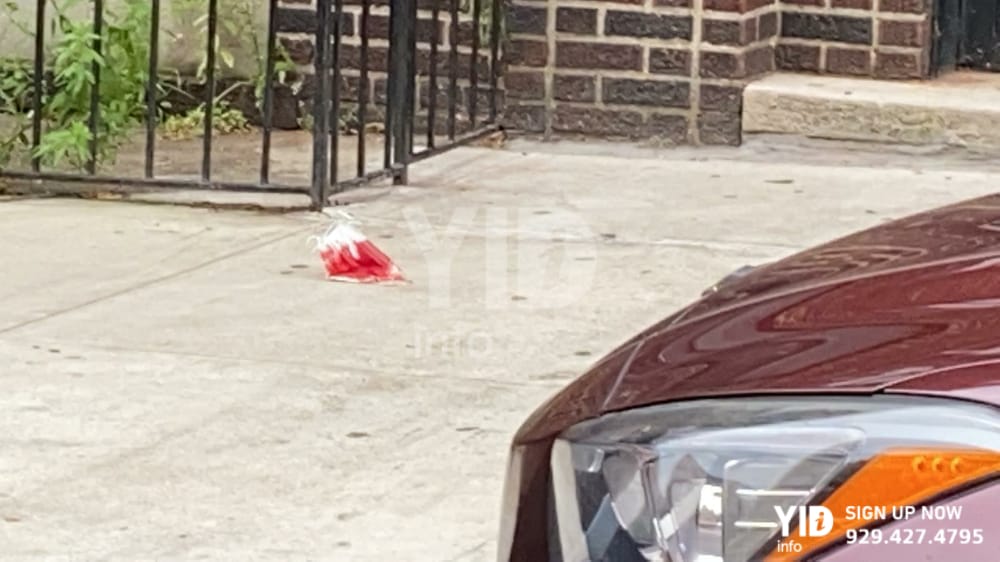