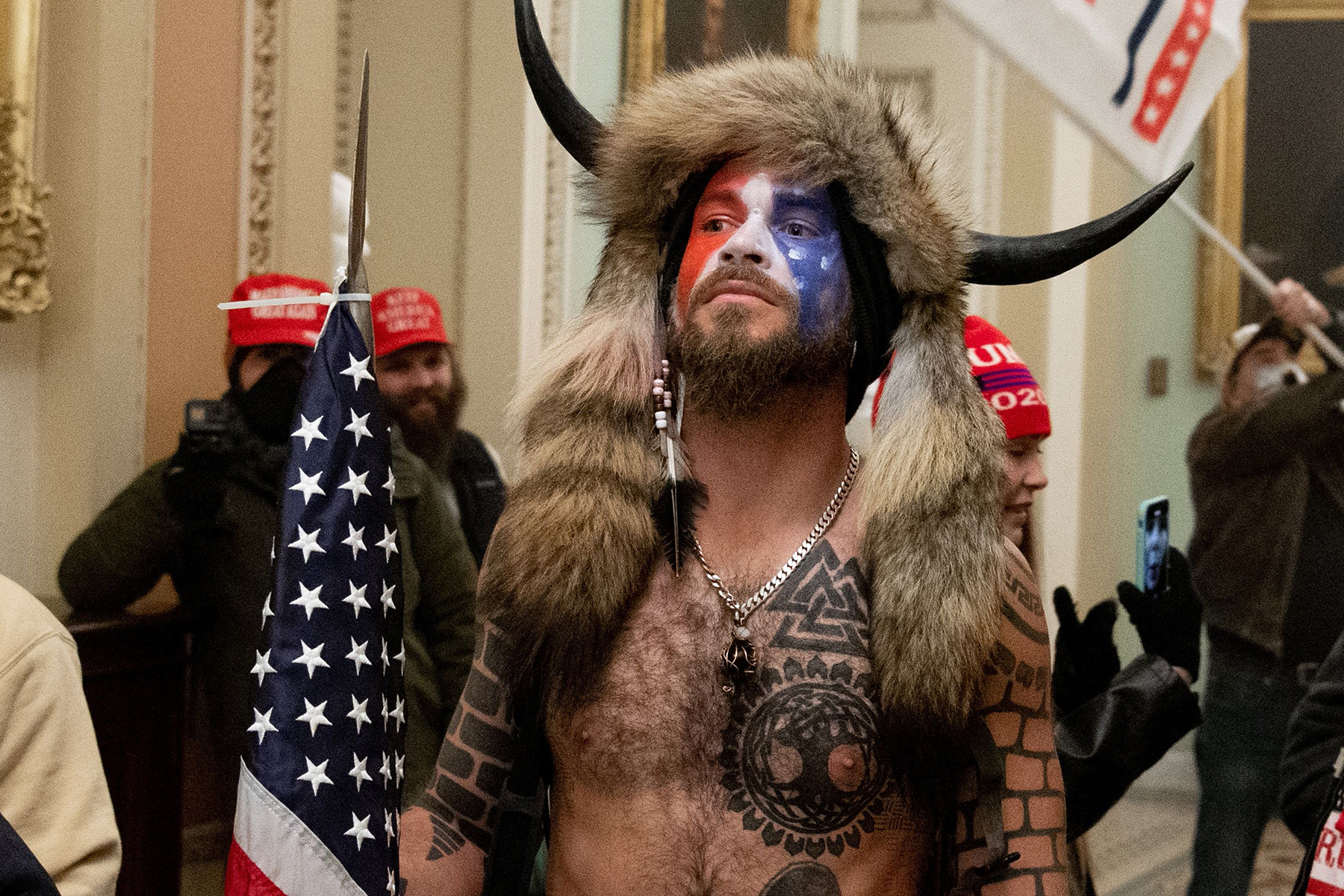 The Arizona man who had donned a furry hat studded with horns had become the poster boy of the Capitol siege that occurred on the 6th of January this year. Facing charges for his behavior, Jacob Chansley released a statement on Monday, stating he felt remorseful and also apologized for causing fear.

In a statement released late Monday through his attorney, defendant Jacob Chansley said he has re-evaluated his life since being jailed for over a month on charges stemming from the Jan. 6 riot and realizes he shouldn’t have entered the Capitol building. Chansley, who previously said Trump inspired him to be in Washington that day, now said that the former President “let a lot of peaceful people down.”

Chansley said he’s coming to terms with events leading to the riot and asked people to “be patient with me and other peaceful people who, like me, are having a very difficult time piecing together all that happened to us, around us, and by us. We are good people who care deeply about our country.”

According to authorities, among the hundreds of rioters who stormed the Capitol building, Chansley was one of the first people to enter, disobeyed orders by an officer to leave, refused the officer’s request to use Chansley’s bullhorn to tell rioters to leave the Senate chamber, and wrote a note to then-Vice President Mike Pence saying, “It’s only a matter of time, justice is coming.”

Al Watkins, Chansley’s attorney, had sought a pardon on Chansley’s behalf from Trump, but the Senate didn’t take up his offer to have his client testify on how he was incited by the former president.

Meanwhile, last week Chansley was in the news for demanding to eat only organic food since he follows a strict diet to complement his “shamanism” duties. After losing 20 pounds, a judge ordered corrections officials to provide Chansley with organic food.